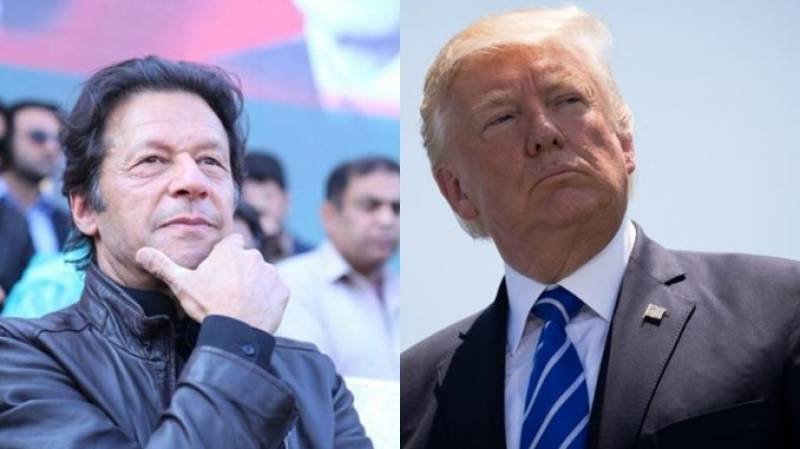 WASHINTON - The Trump administration is mulling the resumption of sensitive security assistance to Pakistan, in a bid to reset its ties with the Muslim majority state currently led by the cricketer-turned-politician, Imran Khan.

According to American paper Washington Times, the election of Imran Khan as 22nd prime minister of Pakistan has opened a window of opportunity for both the countries to reconsider the ties, that have become tense in the pretext of Trump's aggressive policy.

However, Washington is divided over reconsidering President Donald Trump's policy to withhold the security assistance on grounds that Islamabad is ready to reconsider its willingness to 'provide safe haven to terrorists', stated the report.

“Some of Mr. Trump’s top advisers argue that the time is ripe for Washington to begin restoring the military aid that the president cut from Islamabad at the start of the year,” it added.

A former US ambassador to Pakistan had earlier remarked that the recent cutting of security funds under the banner of Coalition Support Fund (CSF) was an absolutely terrible decision.

Earlier this month, the US made its final decision to cancel another $300 million in aid to its longtime ally over claims that Islamabad failed to take decisive action against militants.

The suspension of Coalition Support Funds (CSF) was part of a broader suspension in aid to Pakistan announced by US President Donald Trump.

In a blunt tweet, the tycoon-turned-president accused Pakistan of rewarding past assistance with “nothing but lies & deceit.”

A fresh blow to the fraught relations between the allies was served by US Defense Secretary Jim Mattis, who did not authorise $300 million in CSF funds through this summer.

Mettis had to see if Pakistan had taken concrete actions to go after insurgents.

ISLAMABAD - US Secretary of State Mike Pompeo met Prime Minister Imran Khan at the PM House in the high-stakes one day ...

Another $500 million in CSF was stripped by the Congress from Pakistan earlier this year, which brings the total withheld funds to $800 million - an amount Pakistan had already spent in the Global War On Terror (GWOT).

The resetting of ties was also seen as a viable option between Islamabad and United States during the visit of Secretary of State Mike Pompeo to Pakistan.