US mother gets life for killing her six newborns 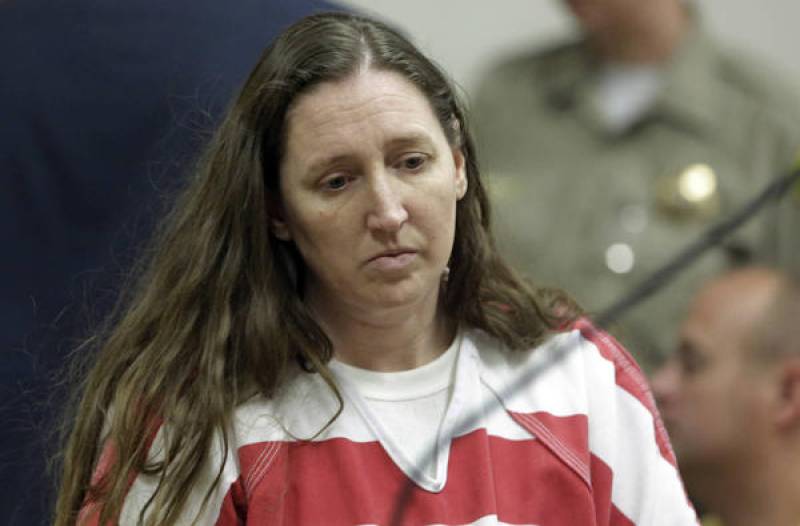 SALT LAKE CITY (Web Desk) - A woman in the US state of Utah who admitted killing six of her own newborn babies has received a sentence of up to life in prison.

Megan Huntsman, 40, was arrested a year ago after the bodies were found in cardboard boxes in the garage of her former house.

In February she pleaded guilty to six counts of murder.

A judge in the city of Provo gave her the maximum sentence of at least 30 years and up to life in prison.

Police said that the babies were born between 1996 and 2006 and were suffocated or strangled by Huntsman immediately after birth.

They said she put the bodies in plastic bags and packed them in boxes in the garage of her home in Pleasant Grove, about 45 miles (75km) south of Salt Lake City.

She left the boxes behind when she moved out of the house and they were found by her estranged husband, Darren West, last April. A seventh baby also found there was believed to be stillborn.

Police said Huntsman had been a heavy methamphetamine user and "didn't want the babies".

In court papers she said she wanted to take responsibility for the deaths.

Officials said Mr West was the father of the babies but he was not a suspect in the case. He and Huntsman have three other children together.

In April 2014 he had just been released after serving eight years in prison for drug crimes and was retrieving some of his belongings from the house when he made the gruesome discovery.

A final decision on how long Huntsman will spend behind bars will be made by a parole board. Prosecutors said that she was likely to spend the rest of her life in prison.