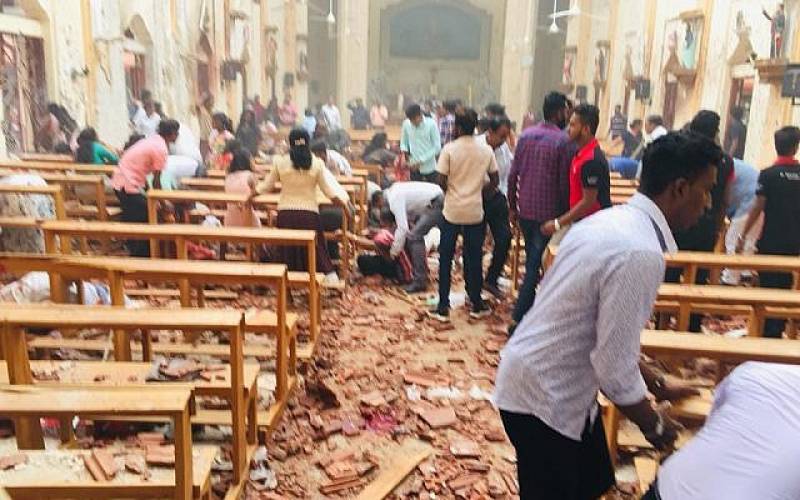 ISLAMABAD – At least five women from Pakistan have been reported to have sustained minor injuries in multiple bomb attacks in Sri Lanka on Sunday, according to reports in local media.

Three of the women were discharged from hospital after necessary treatment, FO Spokesman Dr Mohammad Faisal said in a statement, adding that the exact situation will be shared after confirmation.

FM, Qureshi has spoken with PM of Srilanka and conveyed deepest condolences to him. He has extended all possible assistance and support to Srilanka at this difficult time. @MFA_SriLanka

Meanwhile, Pakistan’s High Commission in Colombo said “we are watching the situation carefully”.

Explosions and blast have been reported at Colombo & Batticoala causing many causalities.
We are watching the situation carefully.
Any Pakistan needing any help / assistance may contact following phone numbers.
0112055681
0112055682
0767773750

More than 200 people have been killed and over 525 others injured in a string of bomb attacks on hotels and churches as worshippers attended Easter services in major Sri Lankan cities.

Americans, British and Dutch citizens were among dozens of foreigners killed.

So far eight blasts have been reported – four at hotels and three at churches – with the first two taking place at St Anthony’s Church in Colombo and St Sebastian’s in the town of Negombo just outside the capital. The eighth was a suicide attack, which left three policemen dead.