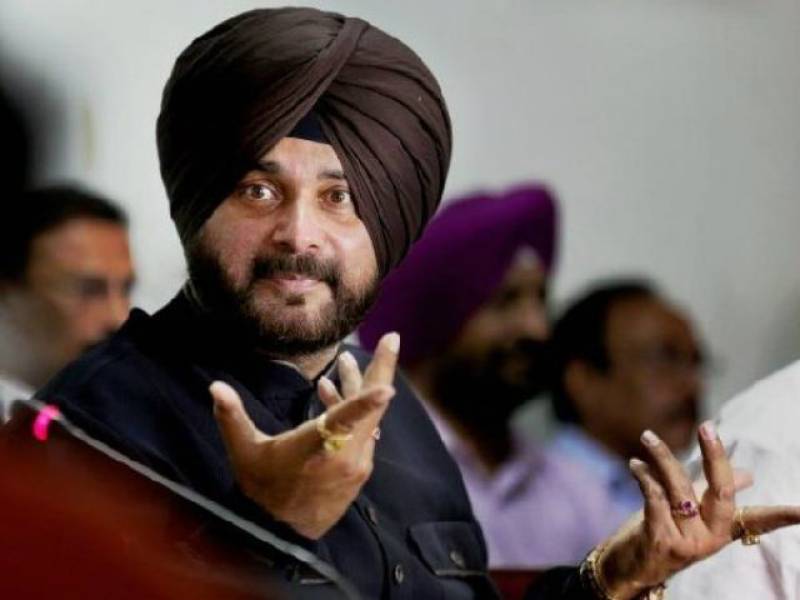 LUCKNOW - Navjot Singh Sidhu’s presence at Prime Minister Imran Khan’s oath-taking ceremony in Pakistan has irked the Hindu hardliners so much that they have announced a reward to anyone who will kill the former cricketer and Congress minister in Indian Punjab.

Sanjay Jaat, the president of the Rashtriya Bajrang Dal, Agra unit, has offered Rs 5 lakh to anyone who brings the head of former cricketer and Punjab minister Navjot Singh Sidhu to him.

In a video which has gone viral on the social media, Sanjay is seen attacking Sidhu for “betraying the country” by attending the swearing in ceremony of Pakistani PM.

Uttar Pradesh: Bajrang Dal Agra District President Sanjay Jaat has put up a reward of Rs 5 lakh to anyone who slashes Sidhu’s head and bring it to him.@agrapolice @Uppolice pic.twitter.com/t2QHWy5V1M

He is seen accusing Sidhu of supporting a government “which thirsts on the blood of Indian soldiers”. The Bajrang Dal office bearer says that Sidhu, a Sikh, has forgotten the teachings of Guru Gobind Singh that persons of a certain community can never be trusted.

Sanjay Jaat further compared Sidhu to a traitor and said that his act was unpardonable. He demanded that the Punjab Congress leader must be slapped with treason charges.

He added that the people will welcome Sidhu with shoes if he ever tries to visit Agra.

Bajrang Dal is an RSS militant organization, founded some 33 years ago. The group runs about 2,500 akhadas, similar to the shakhas (branches) of the Rashtriya Swayamsevak Sangh. The name "Bajrang" is a reference to the Hindu deity Hanuman.

Former cricketer, Navjot Singh Sidhu had been widely criticised for his presence in Pakistan.

Addressing the controversy, Navjot Singh Sidhu said that he received the invitation from Pakistan some 10 times and later he sought permission from the Indian government to visit the neighbouring nation.

The 54-year-old, who currently serves as the Minister of Local Government, Tourism, Cultural Affairs, and Museums of the State of Punjab, was slapped with a sedition case on Monday by a lawyer in Bihar for “insulting the Indian army” for hugging Pakistan Army Chief General Qamar Javed Bajwa in Islamabad.