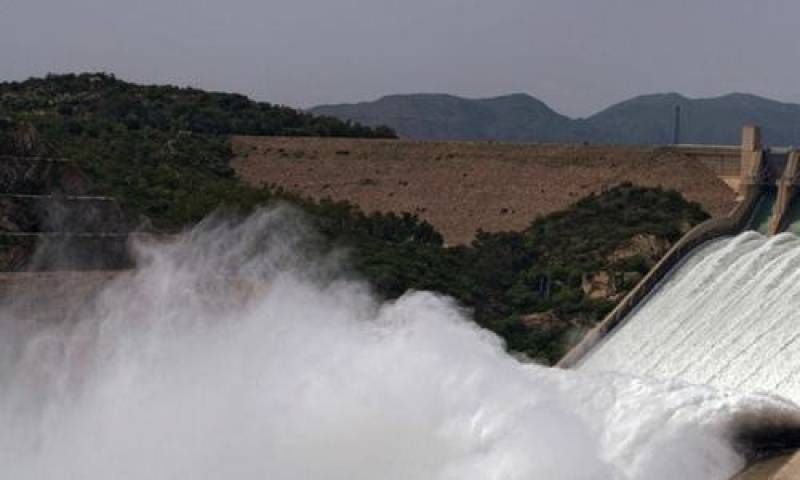 ISLAMABAD - Senate Standing Committee on Water Resources Friday was informed that Chiniot dam would be built on river Chenab and it would cost Rs60 billion.

The committee, headed by Senator Shamim Afridi, was further informed that it would be a multi-purpose dam which would not generate 80 MW electricity but also help protect local areas from the flood.

Ministry of Water Resources Secretary told that the dam would take four years for completion and it would have the capacity to store 0.9 million acre-feet water.

Regarding under construction small dams in Balochistan, the Senate panel was further informed that such dams with 80 per cent progress were being completed on priority basis. Some 90 per cent work had already been completed on Kalat dam and Rs139 million more was needed for its completion.

Senator Mir Yousaf said contracts of dams were being awarded to blue-eyed people resulting from a delay in their completion.

Shamim Afridi said only two firms were pre-qualified for construction of dams adding that at least 10 firms should be pre-qualified. It was further told that as per rules a single company can participate in a bidding process.

The joint secretary said the water resources ministry was sponsoring a number of water sector development projects across the country including in Balochistan.

Presently 29 dam's projects were at various stages of execution having estimated cost of Rs63.899 billion and a throw forward of Rs42.525 billion, he added.

He said an allocation of Rs5.856 billion had been made for these projects so far.

Regarding Mangi dam, the committee was apprised that advance Rs1,800 million had been given for Mangi dam project. However, a pace of work was very slow, he said.

Minister for Water Resources Faisal Vawda said in past due share and attention was not given to Balochistan in the development projects.

He assured the committee that the government would do extra for the development of Balochistan.