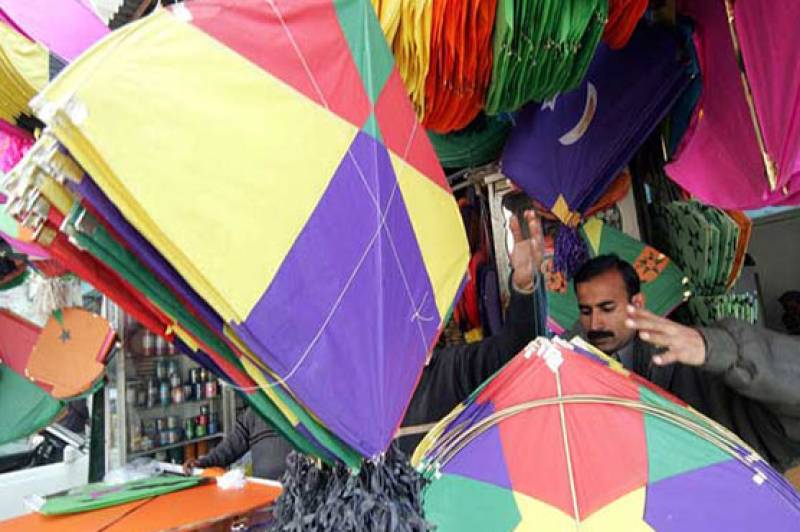 LAHORE - The Lahore High Court on Friday issued notices to the Punjab government and other official respondents on a petition challenging the government’s decision to lift a ban on Basant festival in the province.

Justice Ameenud Din Khan of the provincial high court has directed all the respondents to submit their responses by Dec 26, turning down a plea to grant a stay order against the kite-flying festival until a final decision.

Shafqat Hussain Pirzada had moved a petition before the Lahore High Court arguing that the festival inflicts a blow on the national exchequer after the Punjab government decided to lift a ban on Basant festivity and announced that the festival will be held in February next year. A committee had been formed by the government in this regard as well.

Any festivity at the expense of human lives should not be allowed, the petitioner had contended; the petitioner prayed the court to annul the government’s decision to hold the festival in the province.

Basant, a kite-flying seasonal festival of the Punjab region, has been celebrated for generations. It is held in late January or early February and marks the start of the spring season.

Lahoris had been enjoying the festival from decades, however, due to loss of lives the festival was discontinued officially. The Punjab government led by Shehbaz Sharif had also tried to revive the festival, however, the plan could not be materialized.