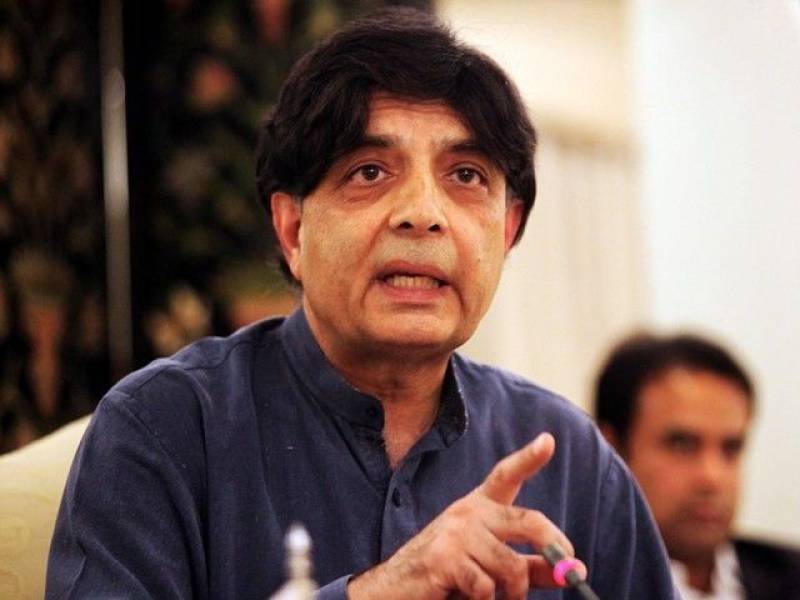 While addressing a press conference in Islamabad on Sunday, Nisar said the government was neither afraid nor annoyed by NAB.

Nisar said the PM Nawaz Sharif had advised NAB not to harass investors and businessmen, who had complained to him about the intimidation by the bureau.

Responding to the Sindh government’s criticism against the Federal Investigation Agency (FIA), he asked the former to “approach the court if there are any objections instead of creating a media trial.”

The Minister said the FIA conducted independent investigations into these scams without any government or political influence. The PML-N government is ready for giving a briefing to all opposition parties, including PTI and Jamaat-e-Islami on these scams.

Interior minister said the PPP is trying to save only Dr Asim Hussain by accusing FIA of trespassing. He said FIA has recovered over 14.5 billion rupees looted money.

Ch Nisar said that FIR in the Pathankot incident has been registered on the information provided by India.

He said India has exchanged some telephone numbers in connection with Pathankot incident.

The minister said government has written to New Delhi about the visit of special investigation team to India. He said new passport policy would be announced soon.