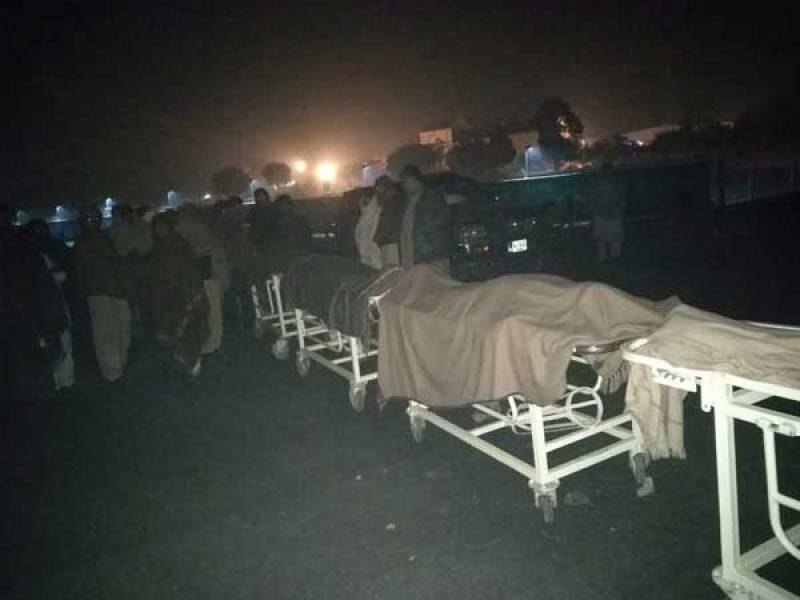 LAHORE – The Joint Investigation Team (JIT), which was formed to probe the Sahiwal ‘encounter’ will submit its report on tomorrow (Tuesday), said Punjab Chief Minister Usman Buzdar speaking to the media outside the Punjab Assembly.

“A high-level JIT is probing the incident and will present its report by 5pm tomorrow,” the CM added.

"The govt has announced to give Rs20 million to the affected family."I cannot hang anyone and action will be taken after the inquiry report is submitted," CM Buzdar further added.

"I will take action and show you," he said.

On Saturday’s noon, four people, including two women, were killed in the fake encounter involving Punjab’s counterterrorism police on a highway in the Qadirabad area of Sahiwal district.

Prime Minister Imran Khan on Monday assured the nation that strict action will be taken against the culprits responsible for the Sahiwal tragedy after he returns from Qatar.

In a tweet, the premier said that “the grief and anger of the people of Pakistan on Sahiwal incident are understandable and justified”.

He further assured the nation that upon return from Qatar the guilty will be given exemplary punishment.