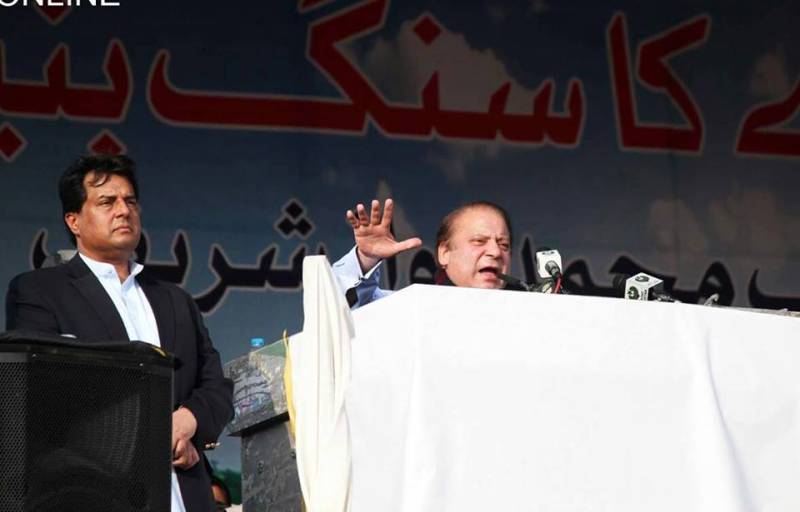 ISLAMABAD - The National Accountability Bureau (NAB) on Wednesday approved closure of inquiry against former prime minister Nawaz Sharif and others in the Khushal Pakistan Scheme due to lack of evidence.

According to a communique issued after the Executive Board meeting, the accountability watchdog also closed the investigation against former PM Chaudhry Shujaat Hussain, former chief minister Punjab Chaudhry Pervaiz Elahi and former MPA Chaudhry Manzoor Elahi due to lack of evidence.

The NAB Executive Board held its meeting with its Chairman Justice (retd) Javed Iqbal in the chair during which it approved various complaint verifications, inquiries and investigations including the one against Captain (r) Safdar, the son-in-law of Nawaz Sharif.

The Executive Board also approved an inquiry against ex-adviser to PM and senior leader of the PML-N Amir Muqam for allegedly accumulating assets beyond known sources of income.

The NAB also authorised referring the cases of illegal appointments and corruption in PTV to FIA. Investigation was also approved against the administration of upscale housing authorities of Islamabad for alleged illegal allotment of land and not developing the DHA Valley and DHA Phase-2 Extension that caused loss to thousands of affectees.

NAB also approved the investigation against ex-secretary Workers Welfare Fund Islamabad Iftikhar Rahim Khan and others for alleged illegal appointments and purchase of 300 kanals land for Medical Collage Rawat on exorbitant rates that caused a loss of Rs60 million to the national exchequer.

NAB approved an inquiry against the management of National Insurance Company Limited (NICL) Karachi which has been accused of illegally appointing CEO NICL.

The NAB also authorised another investigation against the officers of Pakistan State Oil (PSO). They have been accused of corruption and misappropriation in purchase of petroleum products, which caused Rs142.2 billion loss to national exchequer.

It also approved filing a corruption reference against chief of Sheladia Associates Saleem Baz Khan and others. They allegedly committed corruption in the US Aid projects. It also approved closing inquiry against the management of Peshawar Medical College and others owing to lack of evidence.

The anti-corruption organization approved investigation against officials and officers of the Fata Education Directorate who were allegedly involved in illegal appointments and abuse of power, thus causing losses to national kitty.

The Bureau authorised yet another inquiry against former member provincial assembly Khyber Pakhtunkhwa Malik Qasim for having assets beyond known sources of income.

The NAB authorised filing corruption reference against former food minister Izhar Hussain Khosa and others for allegedly inflicting losses to national kitty due to their involvement in corruption and misappropriation. Inquiry was also authorised against management of Fisheries Department Pasni.

The NAB authorised an inquiry against former provincial minister Balochistan Muhammad Khan Shahwani and others for alleged corruption and misappropriating government funds by misuse of authority.

Inquiry was approved against former law minister of Sindh Ziaul Hassan Lanjar and other accused for having assets beyond known sources of income and inflicting Rs124 million loss to national kitty.

The NAB authorised inquiry against former CPO Multan and others for having assets beyond known sources of income. Complaint verification of illegal appointments and corruption in OGDCL was also ordered.

On the conclusion of the meeting, Justice Javed Iqbal said corruption is the main problem of the country, directing the staff to conclude inquiries within the time-frame of 10 months in light of available evidence.