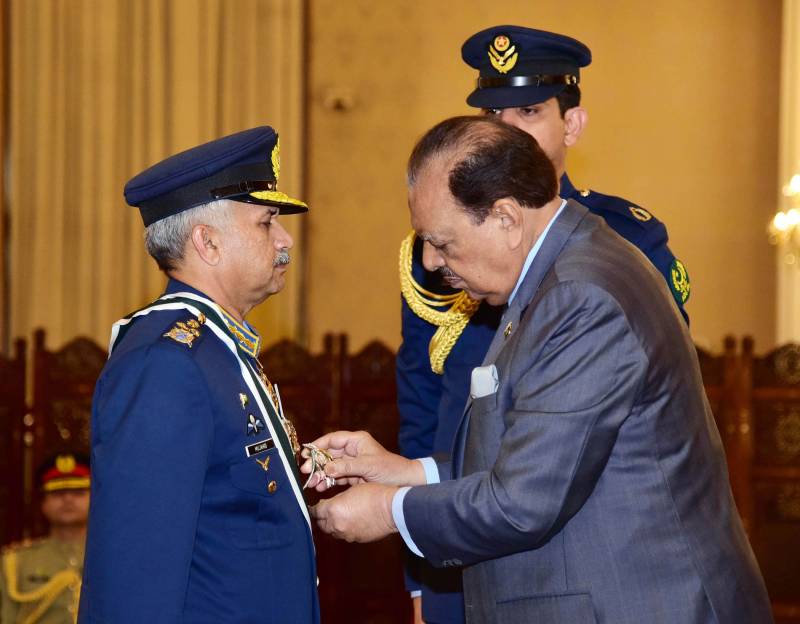 The president congratulated him on assuming the command of Pakistan Air Force (PAF).

He hoped that standard and professional capabilities of PAF will further increase under the command of new Air Chief.