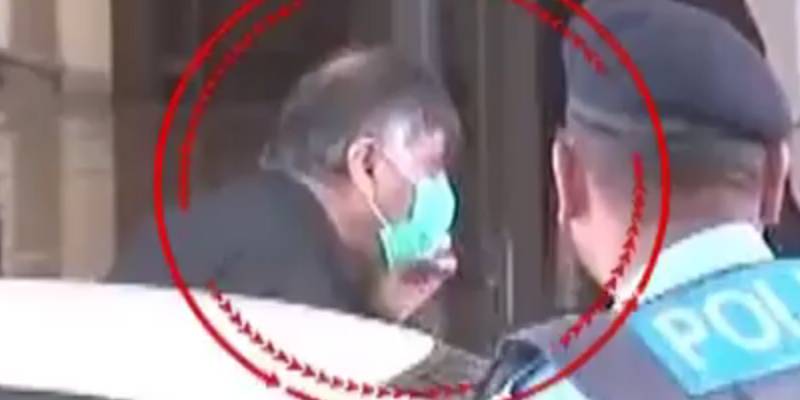 ISLAMABAD - Former SSP Malir Rao Anwar, the main suspect in the extrajudicial killing of a South Waziristan youth, on Wednesday appeared before the Supreme Court after repeated summons.

A three-member bench, headed by Chief Justice Miaq Saqib Nisar is hearing a suo motu case regarding the killing of Naqeebullah in an alleged fake encounter.

Anwar reached the apex court in a white car, wearing plain clothes, amid tight security as personnel from Islamabad police and anti-terrorism squad were escorting him. It is yet to be confirmed whether the former SSP reached court after being arrested or voluntarily.

Sindh Inspector General of Police A.D. Khawaja, who had been ordered to arrest Rao Anwar, is also present in the court.

As the hearing underway, Anwar said that he had surrendered to the court. The chief justice, later, ordered to arrest the cop.

The court also took back the contempt notice issued to the absconder on not appearing before the bench in the case, besides ordering to reopen his bank accounts.

At the last hearing, Justice Saqib remarked that Rao Anwar will be safe if he makes an appearance before the court and become part of the investigation.

The bench had also questioned the State Bank of Pakistan (SBP) governor, who was present in court, regarding the freezing of bank accounts of the absconding officer.

To which, the SBP governor said two of the suspended police officer's bank accounts have been seized. The official further said that salary was transferring to Anwar's account but it was not being withdrawn.

It is to mention here that the apex court has so far received two letters from Anwar — first requesting a free and fair joint investigation team and the second asking court to unfreeze his bank accounts. The veracity of the letters is yet to be ascertained.