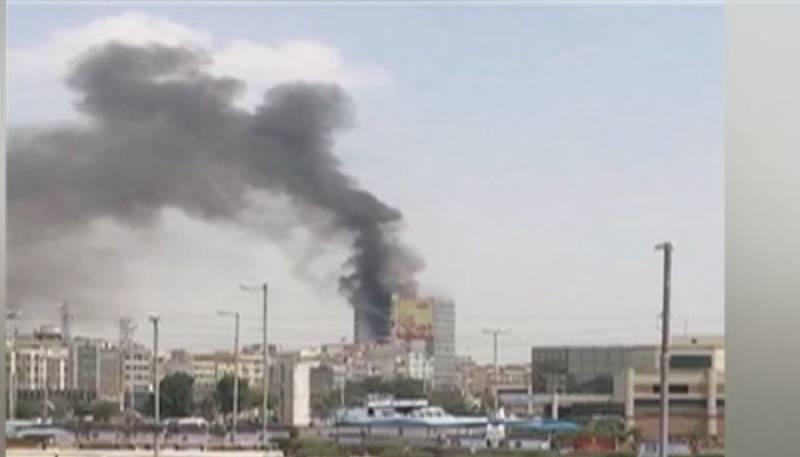 KARACHI – A man died, while at least three other got burn injuries after a fire erupted in a 17 storeys building near Gulshan Iqbal Block-13 in Karachi.

According to media reports, the man jumped out of the burning building, succumbed to his wounds at a hospital.

Rescue sources said that the fire has engulfed five to six floors of the building, where several offices were located in the commercial building.

Pakistan Navy has sent three of its fire brigades to assist in rescue efforts. A Pakistan Navy helicopter also took part in the rescue operation as they lift people trapped on the roof of the burning building.

Moreover, the fire has been extinguished. The cause of the fire is not determined yet.