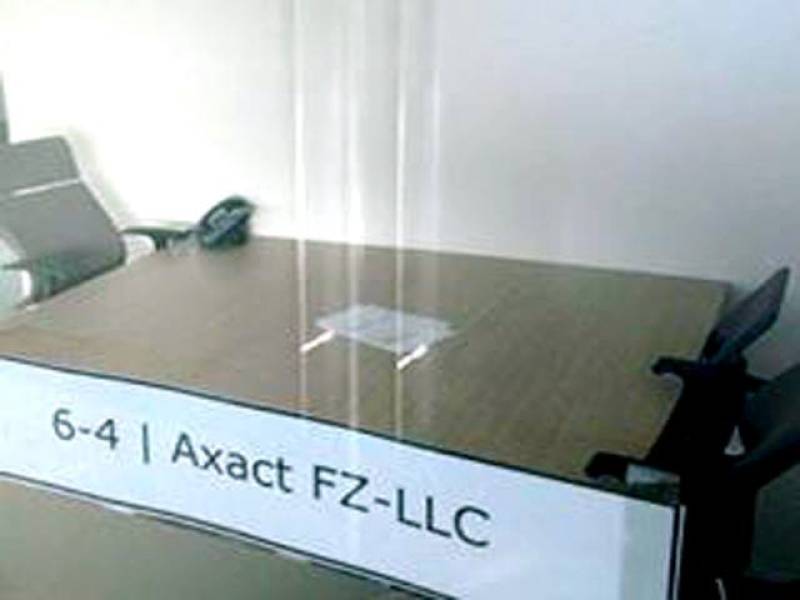 DUBAI (Web Desk) - In a major twist to a fake degree scam reported by the New York Times, the offices of Axact Private Limited in Dubai have found closed for more than two years.

Khaleej Times visited three locations listed as Axact offices in online business directories and found only one bearing the company’s name. A small leased space inside a business center managed by Tecom in Dubai Media City is all that remains of Axact’s Dubai operations.

“Nobody has visited this office in the last two years and it hasn’t been opened even once,” said a security guard working at a business centre leased by Axact.

Two chairs, an empty office desk and a telephone are visible in the glass cabin representing Axact FZ LLC.

“The owner is never here but we do receive a few couriers occasionally,” said the guard.

He could not elaborate further on whether the courier was ultimately delivered to the company’s representatives but did confirm the company was owned by a “Pakistani businessman”.

The company is at the centre of a vast fake degree scam, after an article in the New York Times alleged its involvement in selling fake degrees.

A post on the company’s website lists the small leased space in Dubai as the company’s head office with a news post reading, “The head office in Pakistan is in Karachi and the capital city can also boast an Axact regional office. The corporate head office is in Dubai, the city which has become the new business hub of the world.”

According to media reports in Pakistan, six million shares of Axact Private Limited are distributed between three shareholders. Out of these total six million shares, Shoaib Ahmed Sheikh and his wife Ayesha Shoaib Sheikh have only two shares whereas the remaining 5,999,998 shares are owned by the third director - Axact LLC, based in a Dubai Free Zone.

Tecom officials were not available for comments.