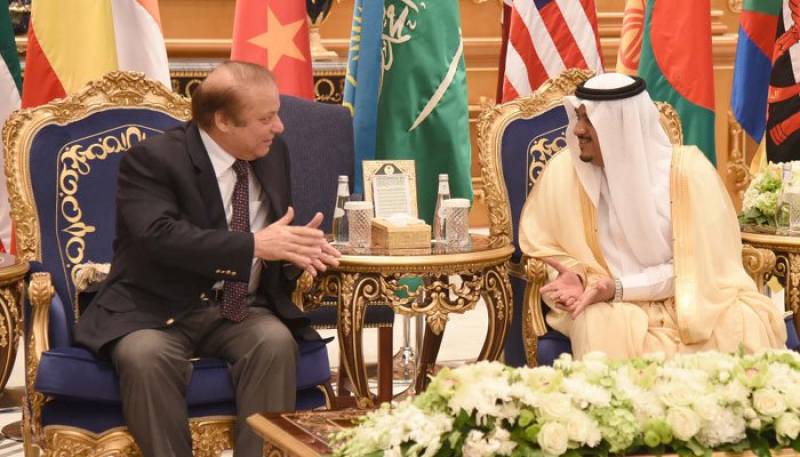 The premier, who is visiting the Saudi Kingdom at the invitation of King Salman bin Abdulaziz, was accompanied by his Advisor on Foreign Affairs Sartaj Aziz and First Lady Begum Kulsoom Nawaz.

In addition to King Salman and US President Donald J. Trump, 55 heads of state and government from the Muslim world have been invited to participate in the Summit.

The Summit in Riyadh will provide an opportunity for the participating countries to discuss how to overcome the menace of terrorism and extremism across the world. The Summit is expected to delink ‘terrorism’ from any particular religion, culture, civilization or region.

In his address at the Summit, Prime Minister Muhammad Nawaz Sharif will focus on Islam’s message of peace, tolerance and unity. He will highlight the great sacrifices and major successes achieved by Pakistan in defeating the scourge of terrorism and extremism in the region.

He will also join the world leaders to attend the inauguration ceremony of the World Centre against Extremism, an important counter-radicalization initiative by Saudi Arabia. – APP