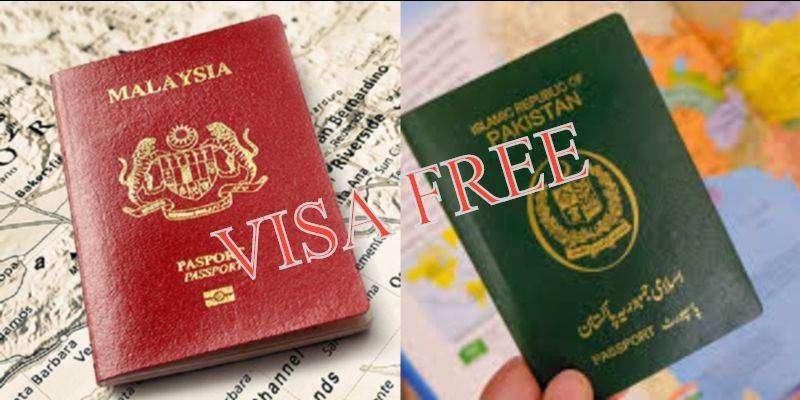 KUALA LUMPUR - Pakistan and Malaysia on Friday signed an agreement on the partial abolition of visa for travel between the two countries amid Prime Minister Imran Khan's visit.

In a statement, the Malaysian foreign ministry said the two Prime Ministers Mahathir Muhammad and Imran Khan witnessed the signing ceremony after talks in Kuala Lumpur.

The agreement partially abolished the visa requirement for diplomatic and official passport holders, according to Malaysian media.

The deal will reinforce the positive momentum in the bilateral relationship by broadening contact at the officials’ level between the two countries, said a joint statement.

Earlier, the two countries agreed to further strengthen cooperation in diverse fields and said both sides will highlight new areas for future collaboration.

Pakistan's prime minister said that he believes both countries are facing the same challenges in terms of corruption and debts.

Telling main reason behind his first official visit to Malaysian, Khan said that he wanted to come to the country out of admiration for PM Mahathir.

"You are a statesman who transformed his country and we have followed your country’s progress since when you came into office", he said.

“We want to learn from your experience, how you transformed your economy and developed it,” he said.

PM Imran also invited Mohamad to visit Pakistan as chief guest on the occasion of Pakistan Day falling on 23rd March next year.

Addressing the presser, the Malaysian premier said that common issues like privatisation, foreign direct investment (FDI), tourism and food were discussed in the meeting.

Mohamad said that he had been invited to visit Pakistan on March 23, 2019 as chief guest to join the celebrations of country's Pakistan Day.