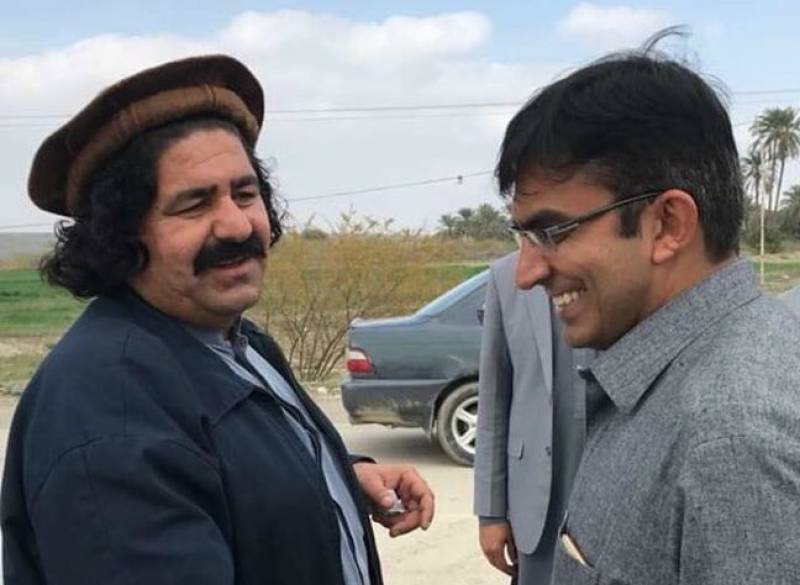 PESHAWAR – Two Pakistani parliamentarians were released on bail in the northwestern Khyber Pakhtunkhwa province after four months in detention.

MNAs Mohsin Dawar and Ali Wazir were set free from Haripur jail after the two lawmakers were granted bail two days earlier. The bail was granted by the Peshawar High Court in the Kharqamar attack case.

Dawar and Wazir, along with several activists of the Pashtun Tahaffuz Movement (PTM), were arrested after a deadly clash between troops and activists at a security post in northern Pakistan in May.

Both the parliamentarians had later travelled to Peshawar to unite with their families, according to PTM member Abdullah Nangiyal.

On Wednesday, the Bannu bench of the high court headed by Justice Nasir Mehfooz had tentatively accepted bail petitions of the MNAs on the condition of providing two guarantee bonds of Rs1 million each. Moreover, the court directed the two lawmakers to appear before a relevant police officer once a month and barred them from travelling out of the country.

As per the details, the bench stated that the conditional bail was granted only for a period of one month, and will be subject to the condition of “good behaviour” by the MNAs and before the expiry of that period they will be supposed to file fresh bail applications in the high court.

Dawar and Wazir were primarily charged in an FIR registered at the Counter-Terrorism Department (CTD) police station, Bannu, on May 26 after a clash between PTM members and Army personnel near the Kharqamar check post in North Waziristan, which had resulted in the deaths of 13 persons and injuries to several others.

The army said troops exchanged fire with the protesters when they attacked the checkpoint, and that three of the attackers were killed.

A Bannu anti-terrorism court last month had granted bail to the PTM leaders in the second case referring to the blast in Doga Macha.

Both Wazir and Dawar were already in CTD custody at the time of the IED blast ─ they had been arrested following the May 26 Kharqamar check-post attack. Wazir had been arrested the day of the attack, while Dawar surrendered himself to security forces a few days later.

On his release, Dawar posted a tweet describing the incident as a massacre. “In its aftermath, this State piled up even more violations of human rights, decency in its treatment of Ali and myself,” he said in the tweet on Saturday.

From May to Sep we were kept first at Peshawar jail & then at Haripur. During this transition the State decided to further increase its pressure as in Haripur we were kept in cells marked for terrorists. There was no mobility in jail, we had no access to news & other facilities-2

His party, the PTM, campaigns against alleged extrajudicial killings and enforced disappearances of Pashtuns and other ethnic minorities. It emerged last year after the killing of Naqebullah Mehsud, an ethnic Pashtun man by police in the southern city of Karachi, which led to nationwide protests and turned the issue of alleged state violence against Pashtuns into a national debate.

The Pakistani government and the military has accused the PTM of being funded by foreign intelligence agencies - a veiled reference to arch-foe India and its Afghan allies - to stoke unrest in the country’s Pashtun lands after the Pakistani Army uprooted militancy there.

PESHAWAR – Days after a deadly clash between Pakistan’s security forces and a large number of Pashtun Tahafuz ...