Not all interactions with Pakistan are dialogues: Indian FM 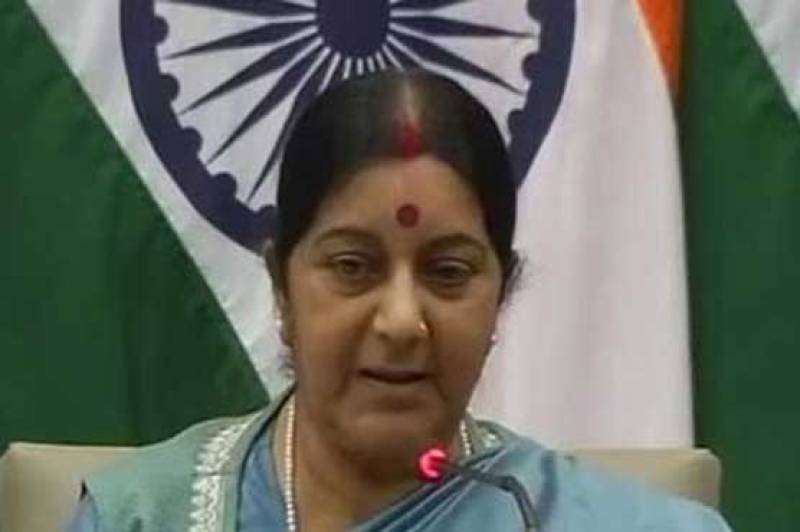 Addressing a press conference in New Delhi, the Indian FM said, "Not all the interactions with Pakistan are dialogues. There is a composite dialogue which is different and has eight points, issues or subjects. Each of these issues are handled by different ministries and officials of the two governments."

"Both Prime Ministers had reached an agreement, and that agreement was that let us talk about the issue of terror first. It was clearly agreed that there would be a clear delink between terror and talks," she added.

"It was agreed at Ufa that the talks in New Delhi on August 24 would focus on terror and how to maintain peace on the border."

Sushma said three meetings were decided during the Ufa talks. One meeting of NSA-level. One of the DGs of the two countries and another of the DGMOs.

Responding to Pakistani National Security Advisor Sartaj Aziz s recent remarks, she said: "We welcome Mr Aziz to come to India and request him to not involve Hurriyat or any third party and only talk on terrorism."

The Indian FM said there is no scope for expansion of the agenda as there was no reference to Kashmir in In Ufa declaration.

The Indo-Pak NSA-level talks remained in limbo today with neither side willing to blink first on a day of sharp public exchanges with India making it clear that the talks would not take place if Pakistan insists on discussing Kashmir and ropes in separatists, Press Trust of India reported.

With less than 24 hours to go for Pakistan NSA Sartaj Aziz's arrival here, External Affairs Minister Sushma Swaraj told a press conference that Pakistan had only till tonight to give a categorical assurance on these two issues.