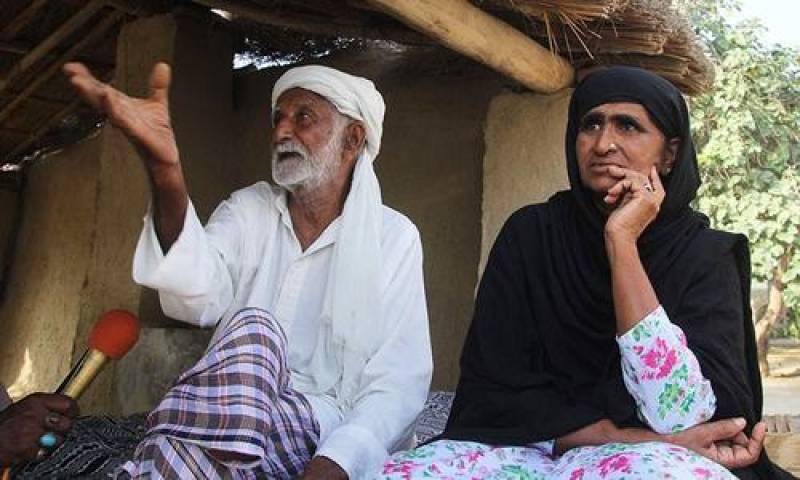 MULTAN - The trial court, hearing the murder case of social media celebrity Qandeel Baloch, Thursday disallowed for the time being an application of Qandeel's parents, wherein they had forgiven their sons, charged with killing their daughter.

Additional District and Sessions Judge Imran Shafi said in the order, issued on Thursday, that the question before the court was that either the murder of Fouzia Azeem alias Qandeel Baloch was the result of honour killing or not, and the legal heirs/ parents of the deceased could be allowed to enter into partial compromise

to the extent of their sons.

Qandeel Baloch was allegedly killed by her brother Waseem on July 15, 2016 and at that time the parents were demanding punishment for the accused. However, last Wednesday, they filed an application forgiving their two sons -- Waseem and Aslam Shaheen -- in the murder case.

Their application came up for hearing before Model Court Judge Imran Shafi Thursday. The judge said that 19 witnesses had recorded their witnesses, while the statement of accused Waseem was also on record under Section 164 CrPC.

Therefore, at this stage, the court could not reach the conclusion that murder of Qandeel Baloch was an honour killing, as claimed by the prosecution, the Judge

So, for the time being, the application under Section 345(2) CrPC for compounding of offence to the extent of accused Waseem and Aslam Shaheen was not allowed, the judge added.

The judge also mentioned another point, raised by the defence counsel, that Section 311 PPC was not made out in the case. The relevant amendment through which the section was inserted in the PPC was made after registration of FIR and it had no retrospective effect. Section 311 PPC was incorporated to prevent the complainants from entering into a compromise with the accused and to make the offence non-compoundable.

The judge observed: "This question will be determined at the time of conclusion of trial as the amendment to the charge can be made at any stage, even at the time of announcement of judgement and further presence and absence of Section 311 PPC in charge-sheet will not prejudice the main case registered under Section 302,

The judge said that the parents' plea seeking forgiveness for their accused sons was not allowed for the time being. Keeping in view the restrictions as imposed by Section 345(2) CrPC, all the remaining prosecution witnesses be summoned through designated process on Aug 24, 2019, the judge ordered.