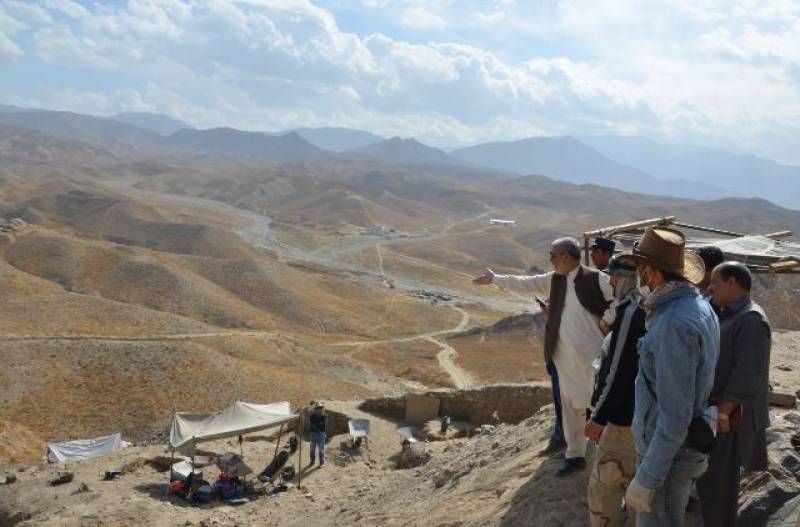 KABUL - In an unprecedented move, Afghan Taliban have given the go ahead to China to work on a $3 billion Afghan copper mine that could bring huge financial benefit to the area.

Not only has the militant group permitted China to dig out the resources, but it also advised its affiliates to protect the workers aimed at digging.

"The Islamic Emirate of Afghanistan directs all its Mujahideen to help in the security of all national projects that are in the higher interest of Islam and the country," said the Taliban in a statement issued on November 29th, reported CNBC.

On the other hand, the Afghan authorities have obtained the permission and claims of providing security by Taliban to start work on the Mes Aynak site about 40km away from Kabul home to the country's largest copper deposit.

"The Taliban never protects projects, and it isn't their job. There is no stake for a terrorist group in the national projects," said Javid Faisal, a spokesman for Afghanistan Chief Executive Abdullah Abdullah.

Faisal expressed these views in the wake of attacks by Taliban over the past 15 years especially the demolition of  Buddhas of Bamiyan in 2001.

The Mes Aynak site was signed over to China's state-owned Metallurgical Group Corporation (MGC) in 2008. However, the Chinese company has been consistently delayed from starting work on the mine particularly due to security issues.

"Mes Aynak is the most important discovery in my career," said Qadir Temori,

"We have worked so hard to protect this ancient site, even risking our lives to save it," he added.

Afghan government is trying hard to pave way for digging for which local villagers have also been reportedly relocated by force.

A mine built to extract the 600-ton copper deposit estimated to be worth up to whopping $1 trillion could create 7,000 jobs supplementing $1.2 billion in Afghanistan's economy in revenue.

Although Taliban have nodded in favour of China but even then China needs to rethink the offer as a Chinese tourist was also kidnapped by the same group now paving way for digging.