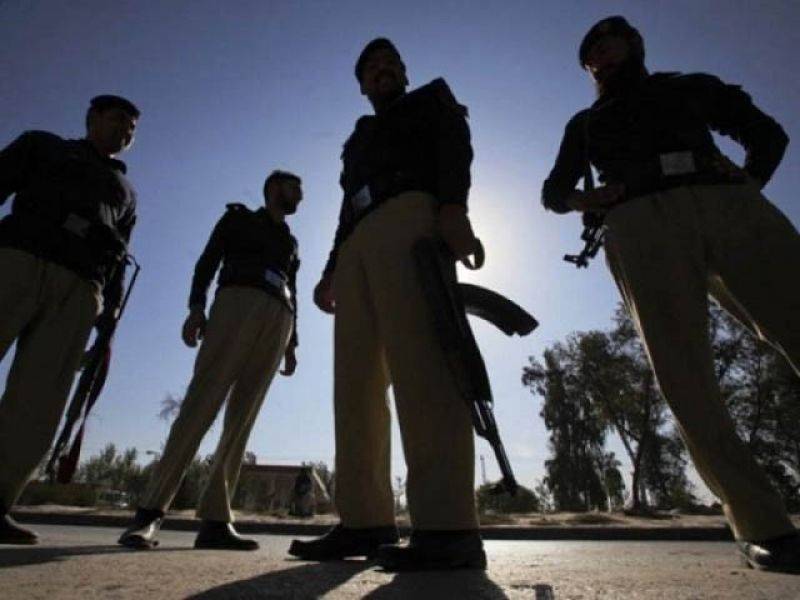 CHARSADDA - On Wednesday police arrested three alleged facilitators of Charsadda court attack in which eight people were killed and 16 injured.

DPO Sohaild Khalid said that the police conducted raids in the suburbs of Tangi district and arrested the alleged facilitators, adding that investigation was underway to find out about their role in the attacks.

The law enforcement agencies has gathered all evidence from the site, and have managed to obtain fingerprints of terrorists for their DNA test.

The lawyer’s community also announced seven days mourning after the attack due to which courts were not working.

Taking security measures, a walk through gate has been installed on the front door of the court, while heavy contingent of police has been deployed around the court.

On Tuesday morning, at least eight people were martyred while 20 others were left injured as law enforcement personnel foiled a massive terror bid in Charsadda city.

According to reports, three blasts took place near the gate of Tangi courts in Charsadda city of Khyber Pukhtunkhwa killing a lawyer and three other present in court.

DPO Charsadda Sohail Khalid had claimed that two of the suicide bombers were gunned down while another one detonated himself and so everyone including the staff and judges at local courts was safe.