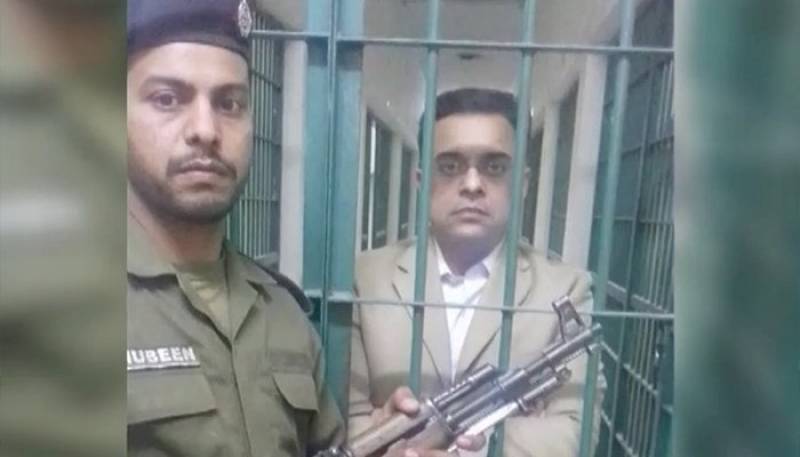 The National Accountability Bureau (NAB) on Wednesday arrested the former DG on charges of illegally allotting 32 kanal land in Ashiana Housing Scheme in the Punjab capital.

The anti-graft watchdog produced the accused before the court amid tight security. The bureau informed the court that Cheema's assets are disproportionate to his income and accused him of misusing the power while being in the office.

After hearing the arguments, the court ordered to sent the accused on physical remand for 11 days for interrogation.

The NAB-Lahore took Cheema into custody from the office of Punjab Power Company in Gulberg.

Ahad Cheema, who is currently the chief executive officer of the Punjab Thermal Power Ltd, was arrested under NAB ordinance’s schedule-2 as the former LDA boss did not appear before it when summoned on January 16.

Earlier, prior to the arrest, NAB warned Cheema that action will be taken against him under NAB ordinance if he fails to appear before the institution.

According to the ordinance, the anti-graft watchdog reserves right to change inquiry into an investigation, under which it can arrest the suspect.

The bureau has been conducting an inquiry against the officials of the Punjab Land Development Company (PLDC), Lahore Casa Developers, Lahore Development Authority and others, said a notification issued by NAB Lahore.

The purpose of Ashiana Housing Scheme – an initiative of the Punjab government - was to provide economical and adequate residential facilities to the people with low-incomes and the government had invested Rs2 billion while acquiring 672 kanals of land in the Muloani Harlan area near Darbar Baba Noor Shah.

Grounds For Arrest of Ahad Cheema 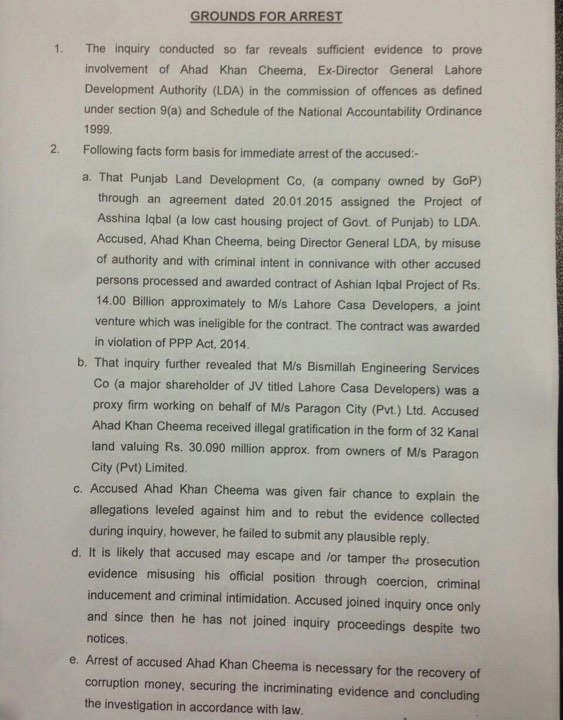