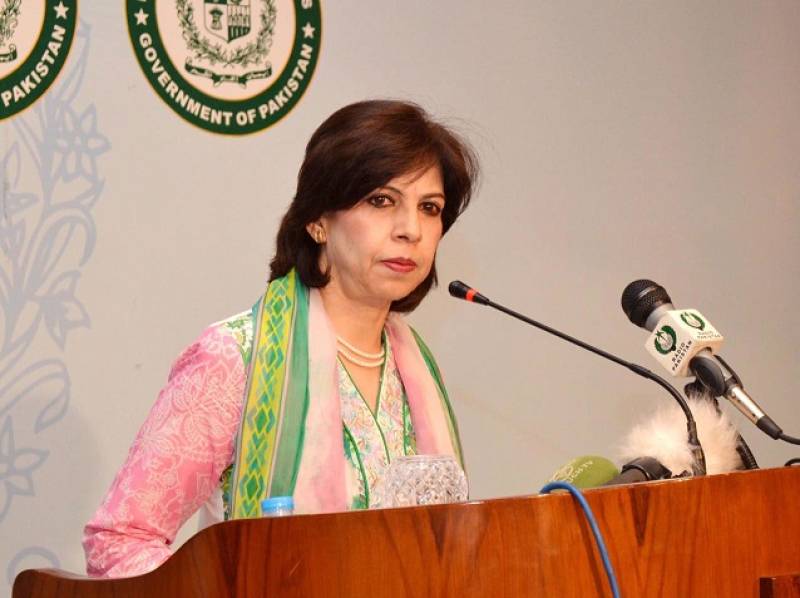 ISLAMABAD (Web Desk) - Foreign Office Spokesperson Tasnim Aslam on Thursday said that bank accounts of banned outfits including Jamaatud Dawa (JuD) have been frozen and travel restrictions have been imposed on its members, media reported.

“Pakistan takes immediate action against the organizations banned by the UN sanctions committee. The measures include freezing of their assets and accounts,” the spokesperson stated during weekly press briefing in Islamabad.

The US and India have both always considered JuD, run by Hafiz Mohammad Saeed, a sister organization of the banned Lashkar-e-Taiba, a militant outfit blamed for masterminding the 2008 terrorist attack in Mumbai.

To a question about the upcoming visit of the US president to India, the foreign office spokesperson hoped the United States, being the global power, will take up with the Indian authorities the issue of recent escalation on the Line of Control and the working boundary. Several Pakistanis have lost their lives as a result of unprovoked Indian firing.

She said this escalation at a time when Pakistan is in the midst of a robust and broad operation against terrorism reflects that certain forces does not want Pakistan to succeed in the war against this menace. It is not in the interest of the international community including India.

She voiced concerns over burning of four Muslims in Assam saying this is flagrant violation of human rights. She hoped the Indian government will look into the incident and take stern action against the responsible persons.

When asked about the presence of Islamic State elements in Pakistan, she said we are alert to the threat of the outfit. She said Pakistan is already carrying out an across the board operation against all the terrorists.