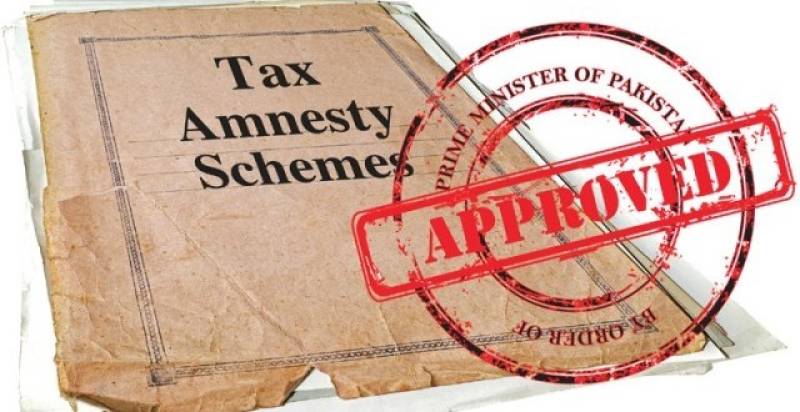 ISLAMABAD -  The federal government on Thursday decided to offer the biggest ever tax amnesty scheme in the country’s history, in the hopes of whitewashing a whopping Rs. 7 trillion of untaxed, black money stocked in real estate.

Finance Minister Ishaq Dar and representatives of the real estate sector discussed the main features of the amnesty scheme, which will be implemented through a presidential ordinance or by introducing a bill in parliament, said a government official. This was the third round of such talks in the last four days.

After the talks, Dar told media that another meeting would be held on Wednesday in which real estate sector representatives and FBR officials would share their respective property valuation rates. “On Wednesday, the two parties will reach a consensus as things are going towards positive direction,” he said.

Real estate sector representatives would bring their own property valuation rates of 18 main cities and FBR officials will share their rates. On the basis of both the rates, valuers will work out ‘consensus rates’. These determinations will then become the basis for giving amnesty on past transactions and calculating taxes on future transactions, said the officials.

The need for the tax amnesty scheme arose after the government brought legal changes to determine fair market value of the properties by amending Income Tax Ordinance through the Finance Act 2016. However, a move that was initially aimed at capturing actual income gains from the property transactions may end up whitening about Rs. 7 trillion in untaxed and black money currently parked in the real estate sector.

However, the changes in the tax law have immediately created two problems, putting a question mark over trillions of rupees transactions carried out till June 30 and the fair market value of the future transactions, said a senior government official who attended the negotiations.