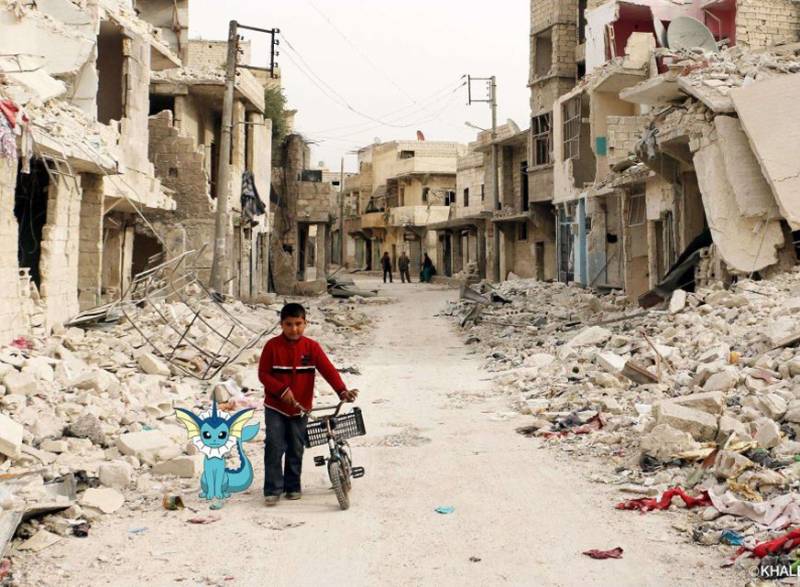 BEIRUT – Photos of Syrian children holding pictures of Pokemon characters and asking the world to save them have been circulating the internet after Syrian graphic designer Saif Aldeen Tahhan posted images on his Facebook page showing users holding smartphones and seeking not Pokemon but medical care, school books or undamaged homes.

The posts, which were an attempt to redirect international attention to the crisis in Syria about which the international community has become largely desensitized, show young Syrians looking dejectedly into the camera holding images of Pokemon characters with the words: "I am here, come save me".

The signs also state the location of each child. They are all in different Syrian towns. The pictures emerged after five years of a civil war that has left hundreds of thousands dead and seen millions forced to flee their homes. 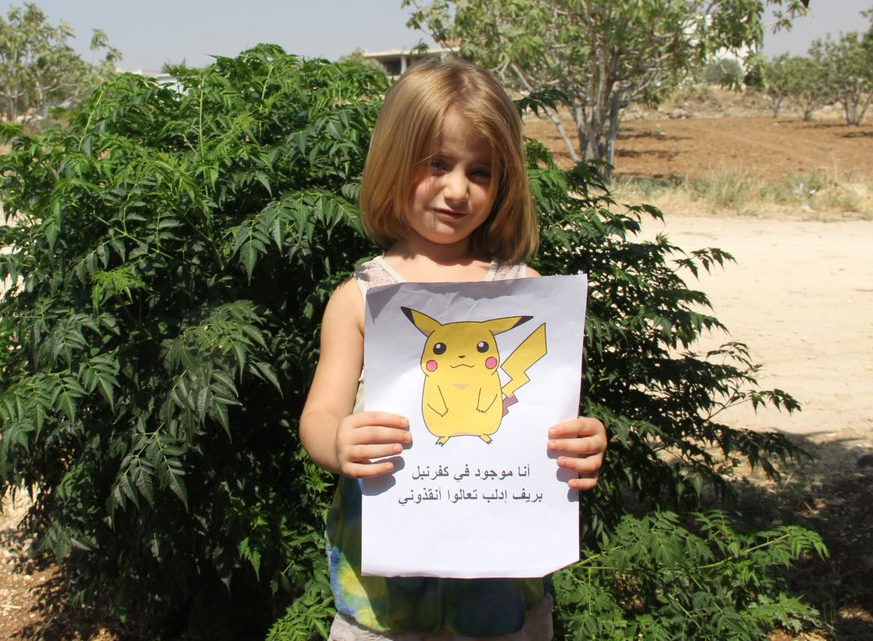 One image appears to show the aftermath of bombardment, with the facades sheared from buildings and smoke rising from the blackened carcass of a car.

A child walks across the rubble strewn throughout the street, atop which sits the yellow Pikachu character, his tall ears flopping down.

In another image, a boy wheels his bicycle down a devastated street, with the turquoise-green Vaporeon character by his side. 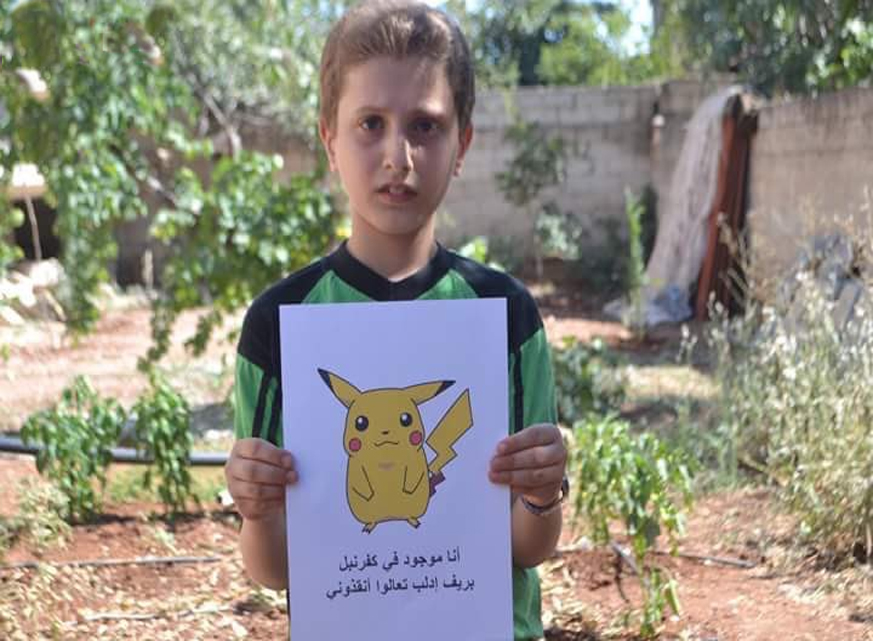 Since its global launch, Pokemon Go has sparked a worldwide frenzy among users who have taken to the streets with their smartphones.

But some Syrians see it as a chance to redirect attention to the conflict that began in March 2011, which has often fallen out of the headlines despite a spiraling death toll and the displacement of more than half the Syrian population.