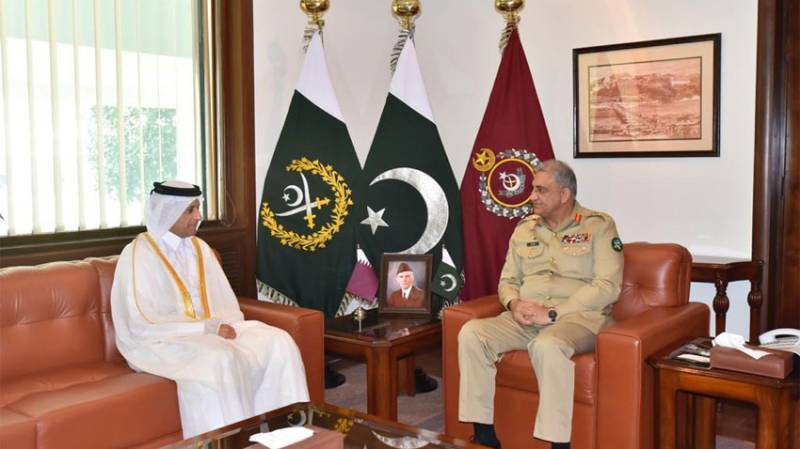 During the meeting, matters of mutual interest and cooperation in various fields were discussed.

The Army Chief congratulated the dignitary on assuming the office and hoped that Pak-Qatar relations will further prosper under his able leadership for the common goal of improved peace and stability in the region and increased economic prosperity.

The visiting dignitary appreciated Pakistan's continuous efforts for peace and stability in the region and pledged to keep working for better relations between the two countries.