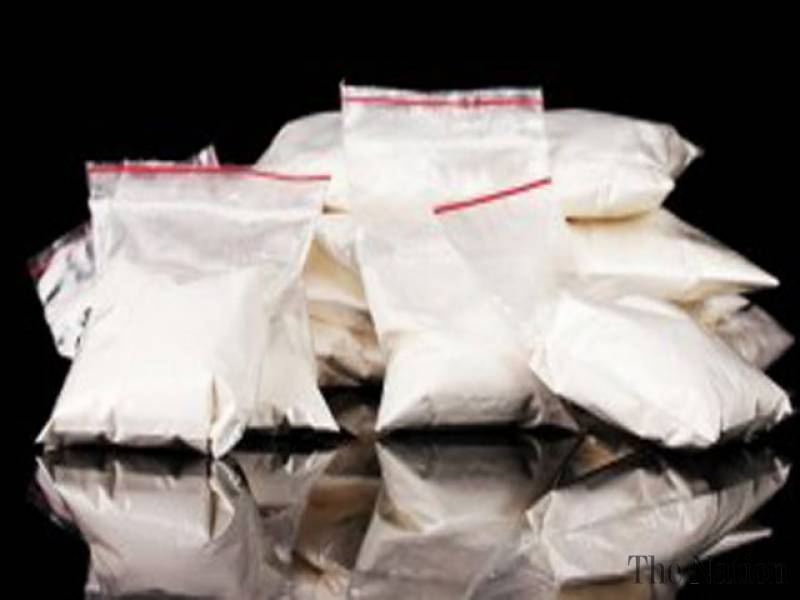 RAWALPINDI - The Airport Security Force (ASF) seized contraband from a local heading to Bahrain via a private airline at Benazir Bhutto International Airport, here on Thursday.

According to the ASF, 1 kilogramme of ice and heroin were seized from a passenger identified as Saeed Shah, in the operation at Benazir Bhutto International Airport.

"Shah, who hails from Mardan, was hiding illegal drugs in his baggage," an ASF spokesperson said.

An official told DawnNews that Shah was shifted to the ANF police station in Rawalpindi where a case was registered against him and further investigations were initiated.

The ASF added that it was possible Shah was working as part of an organised group to smuggle drugs abroad.

Recently, a mother and her son were arrested on Wednesday from Lahore airport over smuggling allegations, the Anti-Narcotics Force (ANF) said.

One kilogramme heroin was seized from the possession of the mother and son.

The ASF has intensified search operation at airports across Pakistan following a recent drug bust at London airport.

Apart from flight delays and cancellation, another constraint marring the credibility of the national flag carrier and the country is the spree of drug busts in recent past.

British authorities claimed to have recovered heroin on May 15 from a Pakistan International Airlines (PIA) flight at Heathrow airport.

The National Crime Agency of Britain was investigating the matter relating to the recovery of narcotics from Islamabad to London flight PK-785 by the border security personnel.

A week after the London drug bust, 20 kilogrammes of heroin were recovered from a Pakistan International Airlines (PIA) flight at Islamabad Airport.

Flight PK785 was destined to depart for London from Benazir Bhutto International Airport when it was searched in a scheduled inspection.

In a rare coincidence, a British national who was trying to smuggle the drugs from Karachi to a foreign country was arrested by Pakistan Customs on June 9.

According to Chief Media Liaison Officer Qamar Thalho, preventive staff posted at Jinnah International Airport intercepted a passenger, who was trying to smuggle light brown heroin powder that had been concealed in his suitcases.

On measurement, the recovered heroin powder was found to weigh 7.75 kilogrammes and was worth Rs77.7 million.

The arrested passenger, identified as Jawed Ali, son of Qurban Ali, is a British national. He was travelling to London via Muscat on Oman Airlines flight No WY-326, said the Customs official.