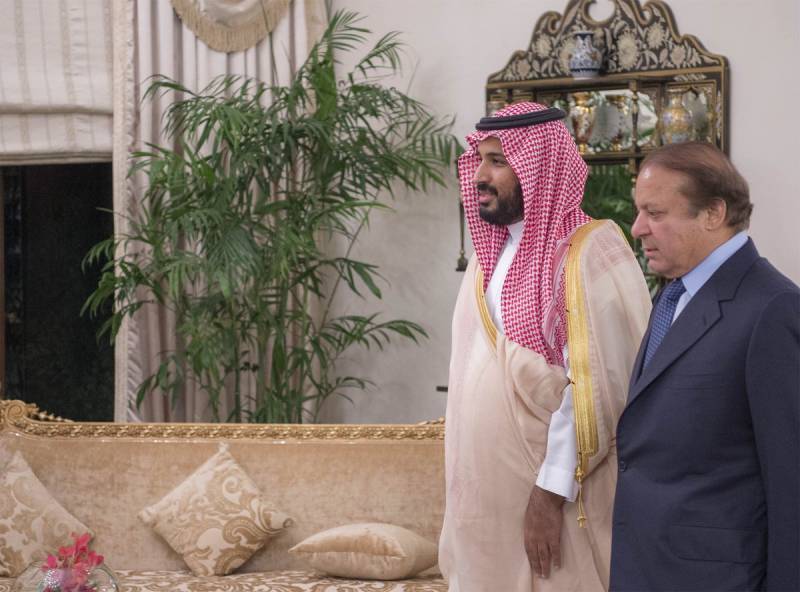 In his felicitation message, the premier expressed great confidence that under the most dynamic and visionary leadership of the Crown Prince, the brotherly country will attain even greater glory and the brotherly Saudi people will prosper even more.

The Prime Minister said Pakistan and Saudi Arabia are bound together by a common faith, shared values, and joint aspirations for the future of the Ummah.

RIYADH - As Saudi Arabia is exercising new options geographically from aligning itself with Trump-led America and ...

He said the bonds that tie two countries will become even stronger, and the love between our people will grow even deeper, in the days to come.

Muhammad Bin Salman was appointed the Crown Prince of oil-rich Kingdom on Wednesday in a major shake-up announced by House of Saud clearing the decks for MBS to be the next ruler of Saudi Arabia after the demise of his father Salman bin Abdul Aziz aged 81.

The 31-years-old royal lad is having sizable experience under his belt stretching from Yemen war to revamping the Saudi economy that is exploring new genres other than oil.