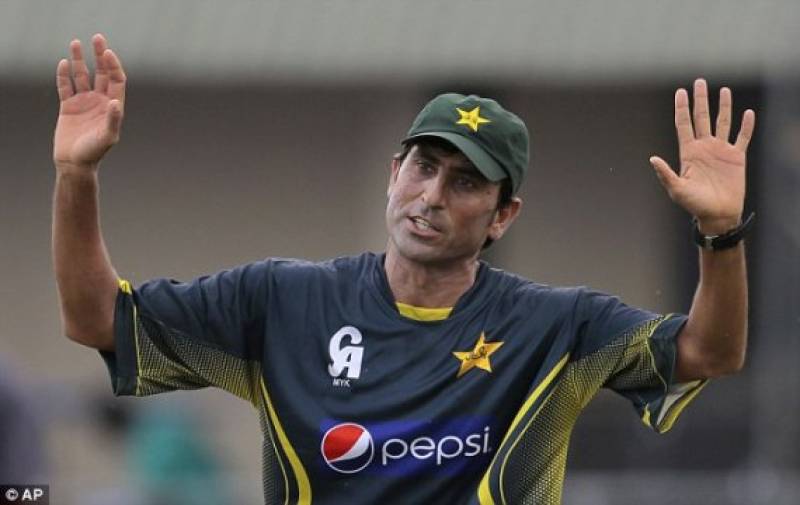 LAHORE – Former captain and star player Younis Khan Tuesday resigned as Pakistan's batting coach in a surprise decision which the cricket board said was agreed upon 'reluctantly but amicably' even though no reasons were specified for it.

The 43-year-old was appointed last year in November on a two-year contract until the ICC Men’s T20 World Cup 2022. He joined head coach Misbah ul Haq, bowling coach Waqar Younis and spin-bowling coach Mushtaq Ahmed in the team management and that was also his maiden appointment with the cricket board since his retirement in 2017.

The astonishing development was announced in a press release by the Pakistan Cricket Board (PCB) where it stated that the decision was made after mutual agreement.

PCB Chief Executive Wasim Khan while commenting on Khan’s resignation said ‘It is sad to lose an expert of the stature and experience of Younis Khan. Following a series of discussions, we both have reluctantly but mutually and amicably agreed that it was time to move in different directions.’

The statement further added that ‘I want to thank Younis Khan for his contributions during his short stint as the Pakistan men’s national cricket team’s batting coach and hope he will remain available to assist the PCB by sharing his vast knowledge with the emerging cricketers.’

As for now, the right-handed batsman has decided not to make any further comment on the departure.

KARACHI – The Pakistan Cricket Board (PCB) on Wednesday confirmed the appointment of former captain Younis Khan ...

Meanwhile, Pakistan's men’s national cricket team will travel to Britain without a batting coach, while the decision to appoint Khan’s replacement for the West Indies tour will be made in due course.

Pakistan men’s national cricket team will travel to the United Kingdom without a batting coach, while the decision to appoint Younis Khan’s replacement for the West Indies tour will be made in due course.