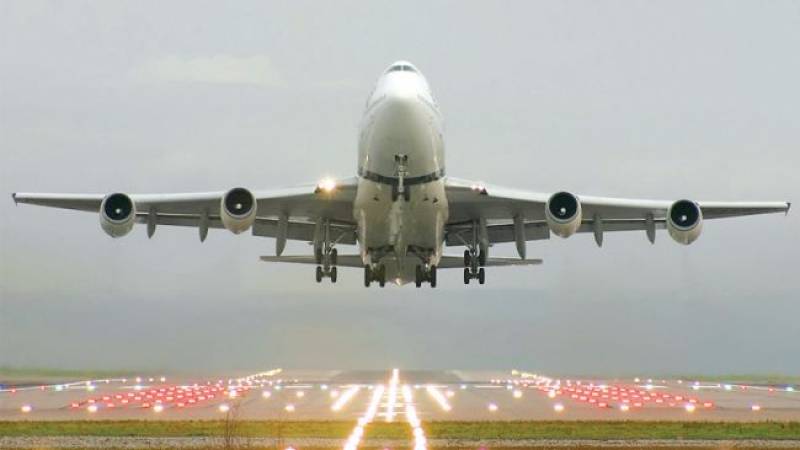 LAHORE (Staff Report) - A Doha-bound flight made an emergency landing at Allama Iqbal international Airport on Tuesday after the plane’s window pane broke amid a quarrel between two passengers and aircrew.

The flight was on its way from Doha to Islamabad when the passengers, Khurram Khalid and Khalid Hussain, started quarreling with crew. Khurram Khalid kicked the plane window pane and broke it.

Both the passengers were reported to be father and son.

According to Airport management, they were handed over to ASF after the plane safely landed at Lahore airport.

Investigation was underway, while it is feared that the passengers were drunk.