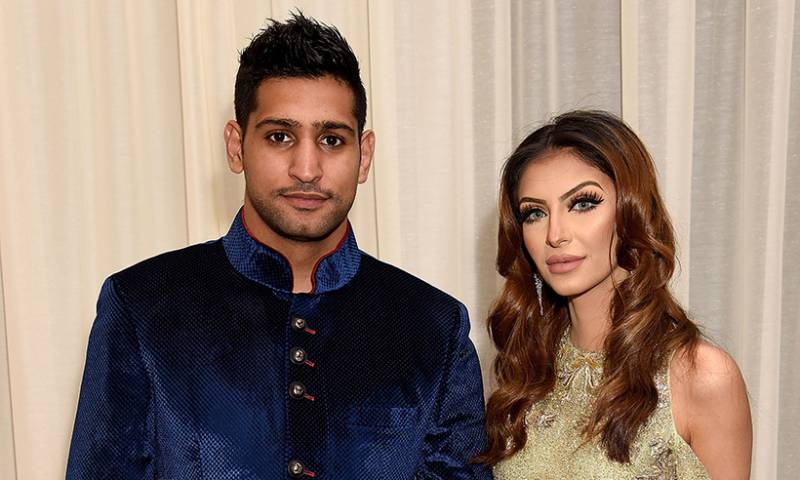 Pakistani-British boxer and his fashionista wife, Faryal Makhdoom know how to keep people interested! Whether it is their out of this world domestic disputes, their almost divorces or the controversial dispute between Faryal and her in laws. All that's left now was to package this family drama and sell it to audiences.

Now according to rumors, the Khan family are set to have their own reality show and are currently in talks to star in it.

According to The Sun, a source has said, “ITV bosses think Amir would make more great telly if he did a fly-on-the-wall series with them.” The British entertainment channel has apparently seen potential in the couple's crazy controversies that they reportedly approached them for the show

According to the source, “Amir is a character and they think viewers would be very interested in seeing how he is with Faryal and their daughter behind closed doors.” The show is set to follow the couple's life as they try to get their relationship back together.

After a whirlwind of contradictory statements from the two, Amir eventually came out and confessed that it was technically impossible for them to get a divorce while Faryal was pregnant. "We didn’t go through with the divorce because it’s banned in Islam when the girl is pregnant,” he said.

He further added, “I’ve learned my lesson. It was a wake-up call for us both and it will only make us stronger. I think we will be married forever.” I definitely have more appreciation for my little girl and my wife Faryal, because I wasn’t around them. I was so far away. I missed them like crazy.”