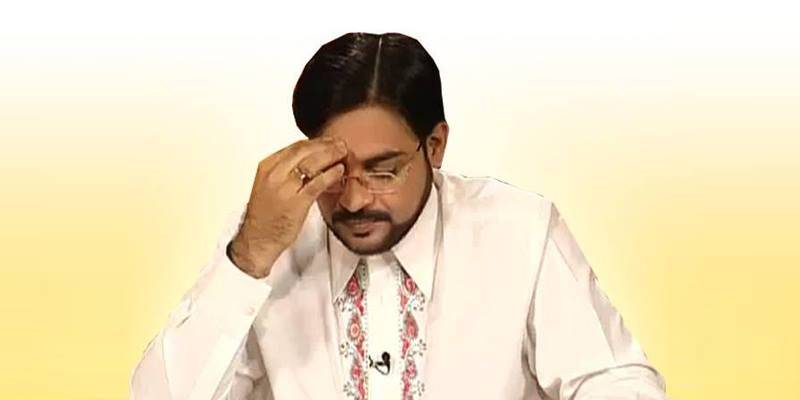 Sources said that Hussain, a former leader of  Muttahida Qaumi Movement (MQM), reached the decision after channel administration barred him from hosting any political show. They added that the TV personality could not host any show since joining the Imran Khan-led party.

The sources further said that the administration has allowed him just to host entertainment and Ramaza related shows.

On Monday, the TV anchor has joined Imran Khan’s party. Hussain formally announced joining PTI in a joint presser along with Imran Khan in Karachi.

A number of PTI members, supporters and leaders including former singer and songwriter Salman Ahmed have expressed their discontent over the inclusion of Amir Liaquat Hussain in the PTI.

In a tweet, the former Junoon band member described Amir Liqauat as a “sleazy, slithering snake.”

It's my democratic right to warn against #AmirLiaqat @ImranKhanPTI can never benefit from this hypocrite, liar & a sleazy slithering snake

Earlier, Hussain parted ways with the self-proclaimed 'No. 1 channel of Pakistan', Bol News accusing the media outlet of not clearing his dues.