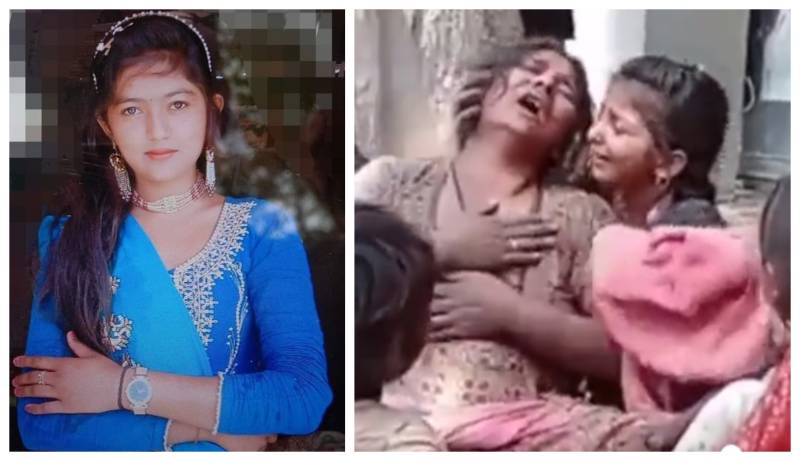 SUKKUR – A man brutally killed a girl for turning down his marriage proposal in southeastern Pakistan’s province of Sindh.

Reports said that the accused, identified as Wahid Bux Lashari, wanted to marry Pooja Kumari, 18, after converting her to Islam.

On the day of incident, Lashari broke into Kumari’s house in Ghotki city of Sukkur district in an attempt to abduct her.

However, he got enraged after she showed resistance and opened fire on her, leaving the girl dead on the spot.

Police said that the prime suspect has been arrested and he had confessed to the murder of the Hindu girl.

Meanwhile, relatives of Pooja Kumari have staged protest on a road against the brutal murder and demanded stern action against the accused.

Social media users have also joined the protest as “#JusticeForPoojaKumar” has become a trend on Twitter.

A user wrote, “Until and unless government does not take stern action against the killers of Pooja Kumari another Pooja will be murdered brutally tomorrow. Murderers must be punished accordingly”.

Until and unless government does not take stern action against the killers of Pooja Kumari another Pooja will be murdered brutally tomorrow.
Murderers must be punished accordingly.@SaeedGhani1 @SyedNasirHShah @sindhpolicedmc8#JusticeForPoojaKumari pic.twitter.com/aEHFi3vsRz