Lets not fool ourselves, Muslims ARE terrorists. But why? 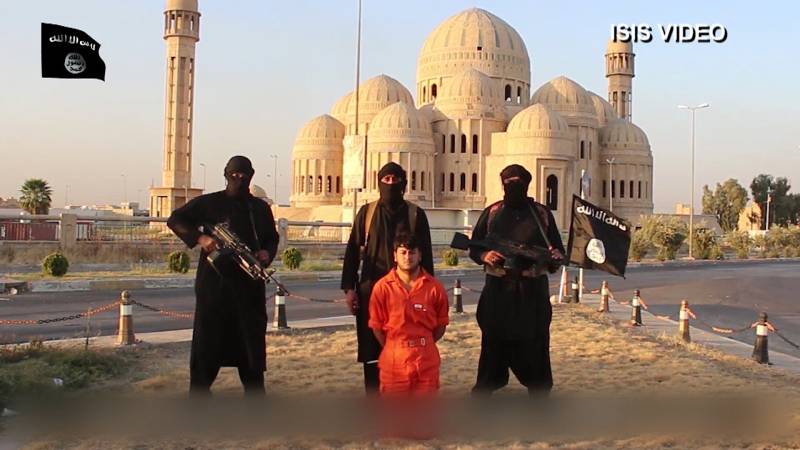 Have you heard the following:

"Terrorists are not Muslims, they have nothing to do with Islam, Muslims are peaceful."

"Islam is a religion of peace, Muslims have nothing to do with these acts of terror."

"We party, we dance, some of us drink, we are just normal people like you, not terrorists."

These are some of the greatest cliches of our time, some of the lies we are telling 'them' and, more importantly, telling ourselves, trying desperately to believe them. These are our semi-conscious attempts at psychological repression. We want to bury some facts deep down because there are some uncomfortable, horrible, and ugly truths about the true nature of our existence in this time and place that we don't want to confront.

We need to grab the giant woolly mammoth in the room by its tusks, so to speak, because we have to confront and accept the truth and figure out what went wrong. We won't find a solution if we refuse to accept the problem.

Before you all decide to kill me, hear me out.

More than a century ago a man by the name of Friedrich Nietzsche observed that "God is dead" and that "we have killed God". This isn't a statement of literal fact, this is his observation of the changing culture and values of his time. He means that the Judeo-Christian tradition has dispensed with their God and spirituality, creating a 'crises' that will have very real repercussions for them. He also accurately predicted what the consequences of the murder of God will be: he said that because of the 'death of God' Europe will descend into Nihilism, and it did, the greatest displays of this nihilism being the first and the second world wars. He also anticipated another consequence of the death of God, the emergence of secular materialistic objective rationality, and that is where Europe is now after paying an extremely high price: roughly a 100 million lives!

Europe, and the West generally, killed their God a long long time ago that is why they have such a hard time comprehending why a young boy with his whole life ahead of him would choose to wear a suicide jacket and blow himself up for no apparent reason, that is why Europeans hold on to these silly stories that Muslims do it for the '72 virgins' and because of 'Islamic extremism', that is why they have created a whole lexicon of inaccurate vocabulary to describe these phenomenon. That is why they think religion is the problem, advising us to eradicate religion from our societies and all will be well, not understainding the political roots of the issues. They use words like "extremism" and "fundamentalism" because they do not understand us, we regurgitate these words because we do not understand their language or are not concerned about specificity of the language we use. We come from different places, different histories.

Take the word 'fundamentalist', for example we say, "Ohh these are Islamic fundamentalists we have nothing to do with them we are moderate Muslims." What does it mean? Does it mean that there is something wrong with the fundamentals of Islam? and we who are 'moderate Muslims' have gotten rid of those fundamentals which is why we are peaceful and the 'fundamentalists' terrorists? As far as I can see most of the Muslim world clings to the fundamentals of Islam if not in action then in ideology. Why is it that they don't kill innocent civilians? Another word: Extremism. This word implies that Islam, if followed in its original spirit is somehow destructive. It means that those who practice Islam more than the 'moderates' become bad people, that Islam, like alcohol, should be taken in moderation otherwise it will make you sick.

Words like extremism and fundamentalism are easy for the West to understand because they killed their God a 100 years ago and are now comfortable in their pursuit of 'happiness' and 'freedom'. Nietzsche was not talking about us. We have not killed our God, yet, but it looks like we are about ready to. Our spiritual tradition is still somewhat alive but is under threat from two sides, from Islamic Nihilism (not fundamentalism) and from the West that wants us to get rid of our God and join them, become 'moderate' and maybe later, secular.

The rise of Islamic Nihilism is not an old phenomenon and we can trace its roots to, of all places, Palestine, the birthplace of Islamic suicide bombing. Suicide bombing is fundamentally a nihilistic act. A Nihilist thinks that the world has become so ugly that it should not exist and that life has no meaning, therefore it is ok to end it. That is why he is okay with killing himself and innocent people around him.

Just listen to the language of ISIS, there are clues all over the place. These people are not fundamentalists, they have shown no regard to the fundamentals of Islam, there is not a single evidence to prove they have anything to do with fundamentals of the religion - in fact these people have shown contempt for the very fundamentals they claim to uphold. Read these extracts from a recent article about interviews with ISIS prisoners in Iraq, they tell a very interesting story:

﻿"He relates an overheard conversation between an ISIS fighter on the battleground and his leader, via a walkie-talkie previously confiscated from an ISIS corpse. “My brother is with me, but he is dead, and we are surrounded, we need help at least to take away my brother’s body,” General Waysi heard, and then the reply: “What else could you want? Your brother is in heaven and you are about to be.” This answer wasn’t what the poor surrounded young man was hoping for. “Please come and rescue me,” he said, “That heaven, I don’t want it.” But they didn’t, leaving him to whatever paradise awaited."

Another quote illustrates the causes of Islamic Nihilism:

﻿At the end of the interview with the first prisoner we ask, “Do you have any questions for us?” For the first time since he came into the room he smiles—in surprise—and finally tells us what really motivated him, without any prompting. He knows there is an American in the room, and can perhaps guess, from his demeanor and his questions, that this American is ex-military, and directs his “question,” in the form of an enraged statement, straight at him. “The Americans came,” he said. “They took away Saddam, but they also took away our security. I didn’t like Saddam, we were starving then, but at least we didn’t have war. When you came here, the civil war started.”

They are children of the occupation, many with missing fathers at crucial periods (through jail, death from execution, or fighting in the insurgency), filled with rage against America and their own government. They are not fueled by the idea of an Islamic caliphate without borders; rather, ISIS is the first group since the crushed Al Qaeda to offer these humiliated and enraged young men a way to defend their dignity, family, and tribe. This is not radicalization to the ISIS way of life, but the promise of a way out of their insecure and undignified lives; the promise of living in pride as Iraqi Sunni Arabs, which is not just a religious identity but cultural, tribal, and land-based, too.

The causes of Islamic Nihilism are both internal and external. Internally there is a huge failure of Muslims to create open, democratic and progressive societies and the failure to organically evolve the fundamentals of Islam with the evolving realities of the world. These failures have weakened the Muslim world internally and left it vulnerable. The fact that Muslim world does not have a solid philosophical ground to stand on makes it susceptible to even the tiniest rise of chaos in their geopolitical vicinity. Externally, there is Colonialism, the Sykes Picot agreement, the Balfour declaration, the presence of an artificial state of Israel backed by American firepower, the atrocities against Palestinians, the active discouragement of genuine democratic movements in Islamic countries by the West, the backing of Shahs and Kings and dictators, the presence of US forces in the middle east, regime change, the bombings in Iraq and Sudan and Yemen and Afghanistan and Pakistan, the invasion of Iraq, drones warfare, and US imperial ambitions to control the world's resources to name a few.

This lead to a general feeling of helplessness in the Islamic world and the desire to take matters into their own hands. When this is your reality it is understandable for young men to be willing to destroy everything or be destroyed. It is easy for these societies to descend into chaos in such circumstances. The motivation to annihilate the existing order is already present, all you have to do is supply some weapons. We have been unable and unwilling to devise peaceful strategies to challenge these two monsters. In absence of an Islamic leadership that will confront the Empire and the real problems within, Islamic Nihilism will only rise.

It goes without saying that we should not fall into chaos and nihilism. We do not have to go through a great war, we don't need to destroy everything to create something new. We can keep our fundamentals and embrace our extremes without indulging in mindless violence. Our young men don't have to blow themselves up if we come up with a creative, non-violent ways to address some of their genuine grievances. But maybe its too late, maybe we are already hopelessly stuck in a vicious cycle of violence.

The famous Middle Each correspondent, Robert Fisk, who has, in vain, tried to convince the West to address the causes of terrorism once said:

"I made a movie for cinema in 1993 in which I walk into a burning mosque in Bosnia, and my words on the soundtrack were, "When I see things like this I remember the place where I worked the Middle East. When violence is committed there, we call it mindless terrorism. But when I see things like this I wonder what the Muslim world has in store for us. Maybe I should end each of my reports with the words, 'Watch out.'"

Well, we all need to watch out.