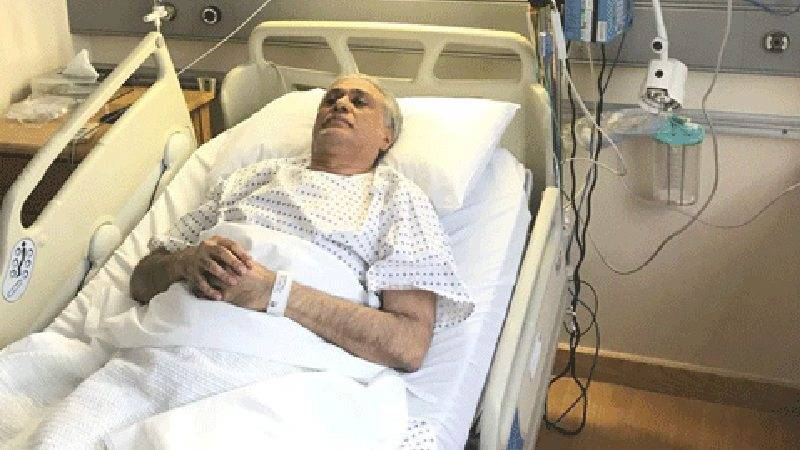 Dar was relieved of his three roles, including his duties in the finance ministry, and has been informed of the decision. The matter and the contents of the letter, earlier sent by Dar, were also discussed by the premier with former prime minister Nawaz Sharif.

Ishaq Dar had arrived in London around a month ago and has been seeking treatment at a Harley Street hospital. He has been attending the clinic for treatment three times a week and also spent a week in the hospital.

Ishaq Dar has stated in his letter to Prime Minister Shahid Khaqan Abbasi that he wishes to seek “relief for now from looking after the three divisions” that he has been heading for approximately four years.

It is learnt that Ishaq Dar spoke to former prime minister Nawaz Sharif and took him in confidence prior to writing the letter to PM Abbasi seeking relief. Its understood that Nawaz Sharif advised him that in current circumstances it was best to let the PM run economic affairs of the country through an advisory committee of economic experts.

An accountability court in Islamabad has declared Federal Finance Minister Ishaq Dar a proclaimed offender, rejecting his plea for exemption from appearance. NAB announced last week it will reinvestigate Ishaq Dar in Hudaibiya Paper Mills case. NAB is initiating reinvestigations into the case to fulfil legal requirements in the light of a Supreme Court verdict, the anti-graft body said in a statement.

A corruption reference pertaining to Dar's owning assets disproportionate to his known sources of income was filed by NAB in light of the Supreme Court's July 28 judgment in the Panama Papers case. Ishaq Dar has denied any wrongdoing and says cases against him are politically motivated, aimed at getting Nawaz Sharif and family punished through him.