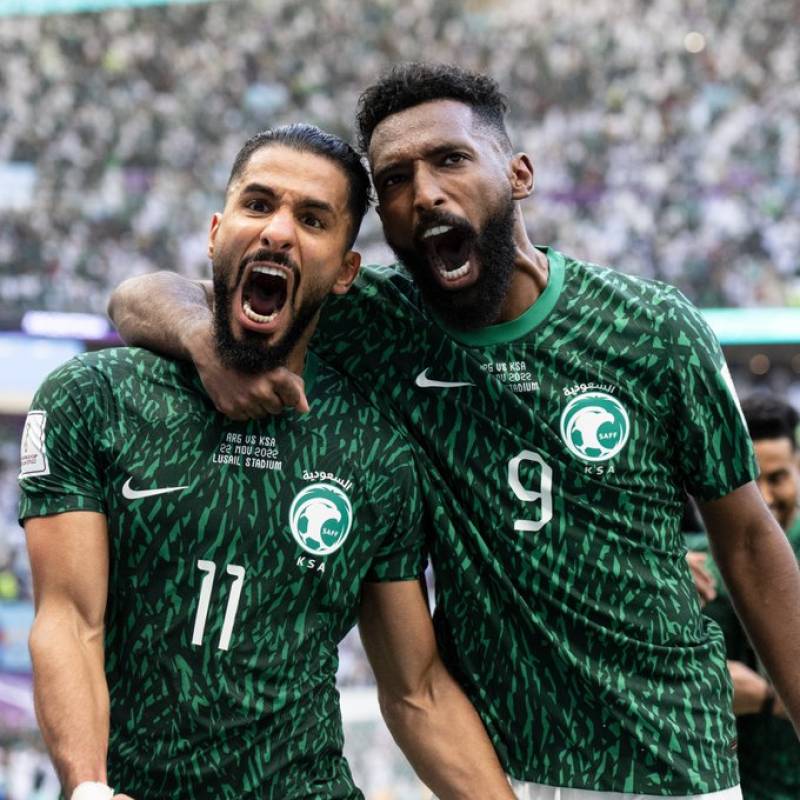 Saudi Arabia beat the two-time winners 2-1 in one of the biggest upsets in World Cup history.

Playing a risky high defensive line, the athletic Saudis rode their luck in the first half when three times Argentina had the ball in the net only to be denied by an offside call.

But in a chaotic start to the second half, the Saudis swarmed all over Lionel Scaloni’s team and scored twice as the Arab nation beat the South Americans for the first time in five attempts.

In a first half dominated by Argentina, it seemed only a matter of time before Saudi Arabia’s risky defensive tactics would cost them.

That condensed the game into a sliver of green turf around the halfway line as the Asian side happily allowed Argentina’s back four to pass the ball among themselves.

It seemed Saudi Arabia were facing a long afternoon after VAR intervened to award a penalty when Saud Abdulhamid wrestled Leandro Paredes to the ground in the box at a corner.

Messi waited for goalkeeper Mohammed Al-Owais to dive to his left before cooly rolling the ball into the opposite corner.

But if the Saudis felt aggrieved at the technology, it would later help keep them in the game.

Three times Argentina had the ball in the net only to be denied by razor-tight offside calls, the first given by VAR.

There was no controversy about the equalizer three minutes into the second half, though, as Al-Shehri ran onto a touch from Feras Al-Brikan, beat Cristian Romero on the outside and slotted the ball back across goalkeeper Emiliano Martinez and into the far corner.

The sizeable Saudi contingent in the Lusail stadium — where the World Cup final will be held — exploded in joy.

Suddenly the Argentines were rattled and five minutes later the turnaround was complete.

Al-Dawsari’s clever turn in the box beat two defenders before he shifted the ball past a third and rifled an unstoppable shot into the top far corner.

The crowd was going wild and Hassan Al-Tambakti punched the air in delight after his desperate sliding tackle denied Messi a clear shot at goal.

Every Al-Owais save, including a point-blank block from Nicolas Tagliafico’s close-range prod, was greeted with rapturous cheers.

There was late drama after Al-Owais collided with Yasser Al-Shahrani and seemed to knock him out as his knee struck the defender’s head.

During the match between Saudi Arabia and Argentina, Emir of Qatar Sheikh Tamim bin Hamad al-Thani and Saudi Sports Minister Prince Abdulaziz bin Turki Al-Faisal were present in the stadium.

Saudi Prime Minister and Crown Prince Mohammed bin Salman watched the match in the kingdom along with family members.

What a game of football it was! Saudi Arabia made history today by staging the biggest upset in FIFA World Cup thriller against Argentina. Heartiest congratulations to HRH Crown Prince Mohammed Bin Salman. We share the happiness of our Saudi brothers & sisters on this great win.