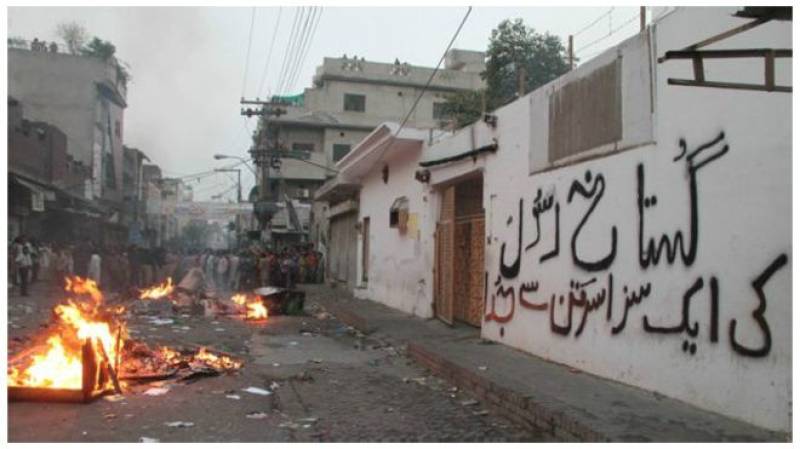 SARGODHA (Staff Report) - Local court has granted bail to a Christian faith healer who is in custody under blasphemy law for having Quranic verses on a sword he used to treat his clients here on Thursday, a rare decision in a country where such charges are hugely sensitive.

Naveed John's lawyers prayed to the court that a fake case had been registered against his client by local police. After hearing arguments from the both sides court accepted the bail plea and issued release orders.

John was arrested on October 8 after local residents complained that the Christian man used a sword for healing patients on which Quranic verses were inscribed and it was offending for their religious sentiments.

A case was registered against the accused in Satellite Town police station under the blasphemy law, a section of which deals with outraging the religious feelings of citizens. Offenders can be imprisoned for up to 10 years under the law.

The accused regarded the sword as a “sacred” item which had healing properties when placed on patients.