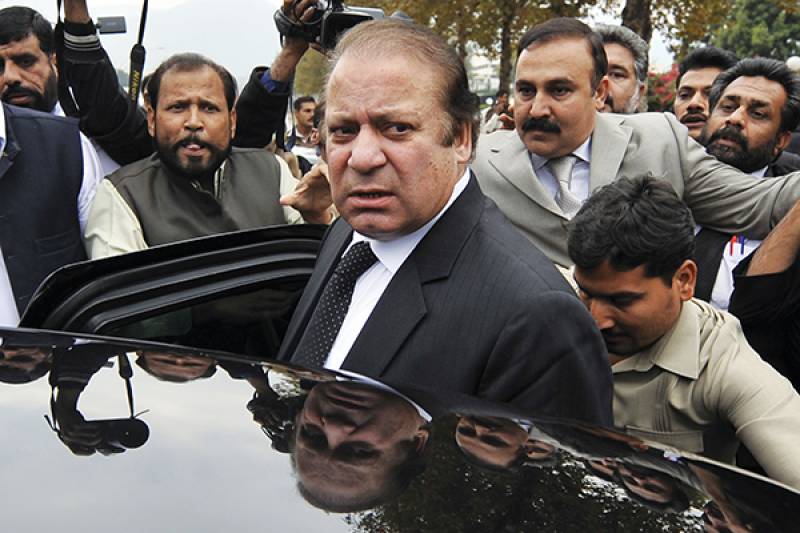 LAHORE -  Former prime ministers Nawaz Sharif and Shahid Khaqan Abbasi refuted on Monday treason allegations against them as ‘unimaginable’ and ‘baseless’ in their replies submitted to the Lahore High Court (LHC).

Nawaz in his reply submitted in court after consultations with his legal aides stated that “an allegation as grave as treason is unimaginable”.

Abbas in his reply said, “I did not speak to Nawaz regarding the National Security Council (NSC) meeting and only discussed party matters with him”.

The former premier further said, “The news report mentioned in the petition is also factually incorrect.”

The bench had directed the former premiers to submit a reply in court today regarding the case, however, only Shahid Khaqan Abbasi appeared before the bench which riled the bench as well.

He should have been present for the hearing, Justice Mazahar Ali Naqvi remarked.

Upon this, Nawaz's counsel, Naseer Bhutta responded that the court had summoned a reply which has been submitted.

ISLAMABAD - The National Security Committee has unanimously rejected the allegations and condemned the fallacious ...

To this, Justice Naqvi then observes that Abbasi respects the courts and is present today.

In response, Bhutta said Nawaz' no show does not tantamount to disrespecting the courts.

However, the head of the three-judge bench then stated that if Nawaz could not appear today for whatever reason, then you should have submitted a petition.

Responding to the judge, Nawaz's counsel said during the first hearing, he had got the impression that Sharif was needed to appear for one time only.

'It is fine that you got the wrong impression, but next time a petition should be submitted over failure to appear in court,' Justice Naqvi remarked.

The hearing of the case was then adjourned till November 12.

Advocate Azhar Siddiqui had filed a petition alleging that Abbasi shared crucial details of the National Security Council (NSC) meeting with his predecessor Nawaz following his statements on the 26/11 Mumbai attacks.

By leaking details of the NSC Abbasi committed high treason, the petitioner pleaded.

The petitioner had argued that Nawaz's controversial interview to a newspaper - with which Cyril Almeida is associated - had dented the country’s image and sovereignty.

The petitioner further prayed upon the court to order a treason trial against the three respondents. Nawaz Sharif, Shahid Khaqan Abbasi, Cyril Almeida and Zafar Abbas appeared before the court on October 8th.

The Lahore High Court also withdrew the arrest warrants issued against Cyril Almeida and also ordered that his name be struck off the Exit Control List (ECL).