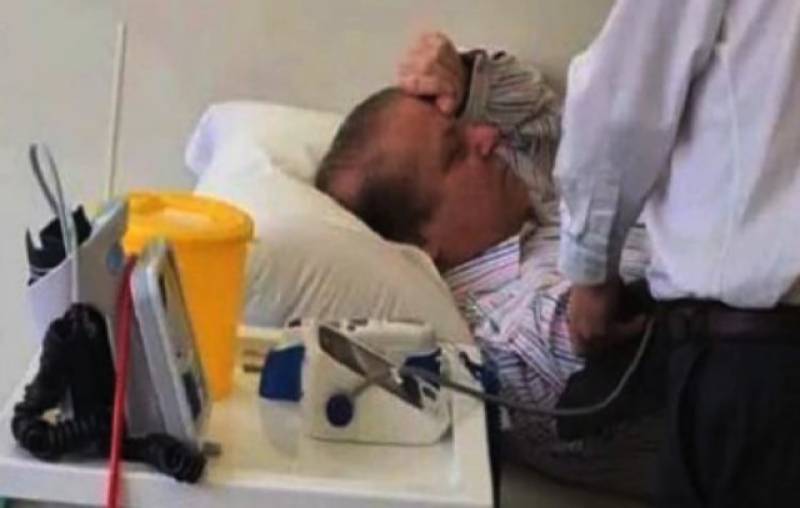 LAHORE – Pakistan Muslim League-Nawaz (PML-N) Supremo and former premier Nawaz Sharif was shifted from NAB's detention center to Services Hospital for emergency medical checkup due to some illness and pain in the body on Monday late night.

According to the media details, Nawaz Sharif suffered plateless disorder and developed a clouting problem in the body after which he was shifted to Services Hospital. During his shifting, a large number of PML-N workers gathered outside the NAB's office near Thokar Niaz Beg and chanted slogans against the NAB officials and the government.

The sources at the hospital said that Nawaz Sharif had been kept in VVIP room and strict security arrangments have been made around his room at Services Hospital where the common citizens are not allowed to enter due to security reasons.

Former PM #NawazSharif is detected to have critically low Platelet Count (16*10^9/L) that could be due to multiple pathologies & requires immediate in-hospital care.
I’ve requested the concerned authorities to act in urgency please. pic.twitter.com/hnaYHEAxkF

NAB officials and a large number of police are there at the hospital to control any untoward situation at Services Hospital on Monday late night.

Nawaz Sharif is not for the first time at Services Hospital as previously he was shifted there for medical checkup and treatment when he felt cardiac pain and muscles problems. Before that, he was examined by a special team of PIC doctors.

It is pertinent to be mentioned here that Nawaz Sharif is on physical remand in NAB's custody for his alleged role in Chaudhary Sugar Mills case.