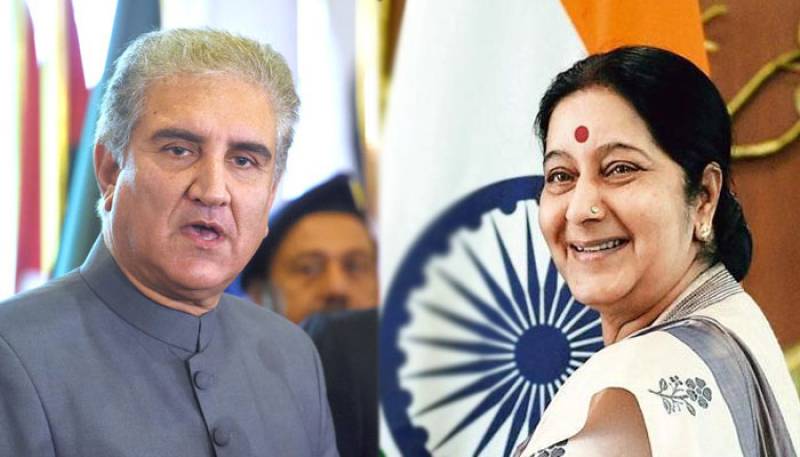 ISLAMABAD - Pakistan has issued a detailed response to the cancellation of meeting of Pak-India Foreign Ministers by India 24 hours of its public confirmation.

The statement issued by the ministry of foreign affairs stated that the government of Pakistan is deeply disappointed at the announcement made by the Indian Ministry of External Affairs about cancellation of the meeting of Foreign Minister Shah Mehmood Qureshi and his Indian counterpart Sushma Swaraj on the sidelines of UN General Assembly session in New York next week.

ISLAMABAD - Pakistan's Foreign Minister Shah Mehmood Qureshi has expressed surprise at the cancellation of a planned ...

The reasons cited by the Indian side for the decision to cancel meeting are entirely unconvincing. The so-called ‘disturbing developments’ alluded to in the Indian statement predated the Indian agreement to hold the bilateral meeting in New York, the statement further reads.

It further says we believe by its ill-considered cancellation of the meeting, India has once again wasted a serious opportunity to change the dynamics of the bilateral relations and put the region on the path of peace and development.

“Pakistan has always desired peaceful and good-neighbourly relations with India on the basis of sovereign equality, mutual respect and mutual benefit,” it said and added “In our view, dialogue and diplomacy are only constructive way forward for the two countries to address mutual concerns, rebuild trust, resolve longstanding disputes and establish durable peace in South Asia.”