5 million children still out of school in Pakistan 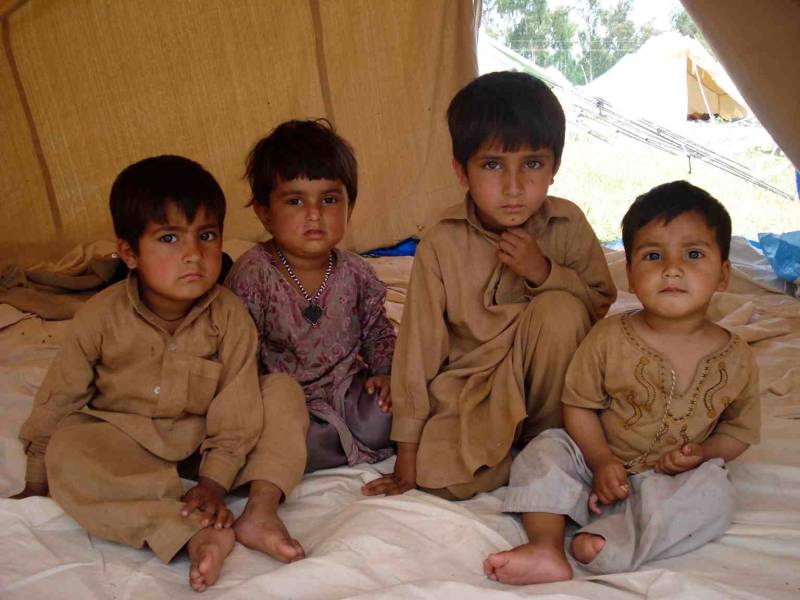 LAHORE (News Lens Pakistan) - Every child in Pakistan has the constitutional right to acquire free education but more than 5.4 million children are still out of school at the age of 5 to 6.

According to UNESCO’s report, Pakistan stands first in South Asia in the category of having the most number of children out of school. This number is increasing with the passage of time as children have started abandoning school-going habit. This report also highlights the dissatisfaction on the quality education that is being given in public schools.

Senior educationist Prof. Dr. Rafique Ahmed told News Lens Pakistan that UNESCO set a goal from 2000-2015 for the world to promote education, to bring more children to school, to enhance the quality of education, to lower the illiteracy rate and bring equality in the number of boys and girls students at the primary level.

“Unfortunately, there is not a single field where Pakistan stands with pride. Without political will how can you achieve the target of giving free and quality education to all children?” he states.

Alif Ailaan’s report, a campaign run by a small team of media and strategic communications specialists to promote education, reveals that more than half a million children are still out of schools only in Punjab. This number consists of those students who once attended school but left it on later stage.

Program Director Alif Ailaan Musharaf Zaidi rold News Lens Pakistan that in the terms of percentage, in Balochistan 62% children are out of school, in Sindh 51%, in Punjab 47% and in KPK 43%.

“In Pakistan, it is harder for girls to go to school. They are more in number who has never attended school at any level. It looks impossible to educate the society without having civil society, parents and celebrities on board along with the government,” he said.

He further stated, “All of us can pressurize the government to allocate more funds for education sector and to establish such policies to educate our children for the betterment of our country’s future”.

In 2014, Minister for Education Punjab Rana Mashood announced in a press conference that 3.5 million children would be in school in only one year’s time. While talking to News Lens Pakistan, he seemed content with the government’s performance.

“The ratio of students at the primary level is around 80 percent. Moreover, we are going to achieve another milestone by gaining presence of equal number of boys and girls at primary level. Punjab government allocated 46.71 billion rupees for education, the most from any other province, which shows the seriousness of the government towards this vital sector,” he said.

Chairman Idara Taleem o Aagahi Dr. Narmeen Hameed told News Lens Pakistan, “Government never pays any attention to sought out the issues with strong policies that is why parents don’t allow their girls to attend schools. The educational system itself is another great cause of not keeping children intact.”

Former governor of Punjab Ch Muhammad Sarwar openly criticizes the current educational system and government’s policies towards this most important sector of the society.

“Policies like uniformed syllabus, good pay scales for teachers, highly qualified trainers to trained faculty, syllabus according to the need of time, less poverty and more jobs and motivational campaigns for parents would be really helpful to establish an educated and scientific society,” he said.

While talking to News Lens Pakistan he further said, “Unfortunately there is no one who is ready to pay attention to this critical issue that can lead us to a great disaster as a nation. We are more interested to construct roads rather than paying attention to those who are imminent factors in the growth of human resource of any nation.”

“It is very sad that figures presented in budgets for education sector are not being spent, in fact. Civil society and the responsible people must raise their voice that we need good education system and effective health system rather than roads, underpasses or bridges,” he added.