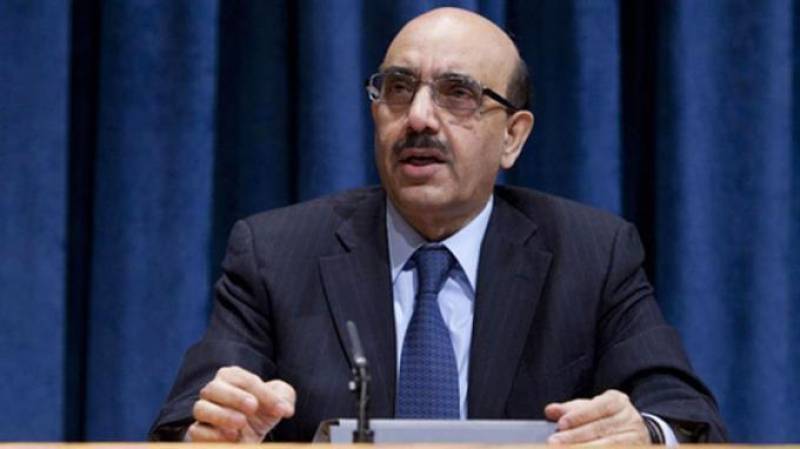 MUZAFFARABAD - President Azad Jammu and Kashmir Sardar Masood Khan Friday said the revocation of Article 370 had not only scrapped satanic deal between India and Sheikh Abdullah family but it had also done away with the so-called instrument of accession between Maharaja Hari Singh and the Indian government.

In an interview with a private news channel, he said the Indian aggression had also opened the eyes of those who had been pleading for friendship with India, and now they were also publicly saying that New Delhi had done fraud to them.

He maintained that under the garb of these two satanic agreements, bonds between the people of Pakistan and the Kashmiri subjects were disconnected, and this fraud stood exposed on August 5 this year.

"The Kashmiri people were not worried over repeal of Article 370 but Article 35-A under which their basic rights had been robbed off," he said adding that through their stiff resistance, the Kashmiri people will compel India to reverse the decision.

Responding to a question about emergency meeting of United Nations Security Council (UNSC) on Kashmir, the AJK president said that this was an important development which had not only projected the Kashmir issue on the international level, but for the first time, none of the UNSC members including Russia had opposed it.

Welcoming Prime Minister Imran Khan's pledge not to hold bilateral talks with India, he said: “We had always adopted the stand that India had been using the talks process to stabilize its occupation of Kashmir. Instead of holding talks with India, pressure should be exerted on it through the international community to resolve this issue.”

As for moving International Court of Justice (ICJ), he said the government of Pakistan should raise two points in the ICJ that was stoppage of carnage in Occupied Kashmir, and reversal of Indian actions of August 5. "As regards right of self-determination of the Kashmiri people, the UNSC had already recognized it through its resolutions," he added.

Sardar Masood Khan said irrespective of whether it was mediation or any other formula, the aspirations of Kashmiri people must be considered while resolving Kashmir issue.

Asked about the silence of Muslim world on the Kashmir issue, he said the OIC had always forcefully supported Kashmir cause. "Two important Muslim states Turkey and Iran had publicly supported the Kashmiri people but some friendly countries had kept mum due to their economic interests," he said and added that vibrant diplomat was needed to compel these countries to speak in favor of Kashmiri people.

The AJK president said that the United States and other influential countries should mount pressure on India to stop the ethnic cleansing of Kashmiri people, lift curfew and other curbs on civic liberties in the held territory, and to restore the pre-August 5 status of the territory.