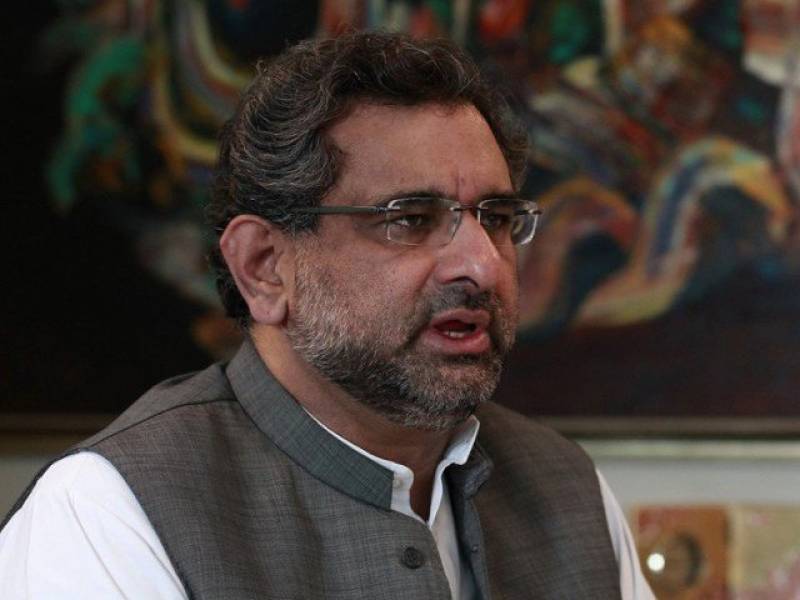 KARACHI - Prime Minister Shahid Khaqan Abbasi reiterated on Saturday that Pakistan believed in peace and co-existence and would rise and stand tall among the comity of nations as its defence was in safe hands.

The prime minister said that Pakistan Navy was playing an effective role in the country’s security and in the wake of China Pakistan Economic Corridor, its role has increased.

He congratulated the passed out cadets and their proud parents saying that the confidence of the cadets was the symbols of a strong country.

In total, 129 officers passed out including 57 Pakistani, 46 foreigners and 26 from Short Service Commissioning course.

The prime minister said the cadets were responsible to safeguard country’s ideology and maritime boundaries.

He said the role of Pakistan Navy in Combined Naval Forces had been recognized across the world.

Prime Minister Abbasi gave assurances that the government would continue extending all-out resources to Pakistan Navy to cope with its needs.

He said it was also proud to note that Pakistan Navy had been training even the naval cadets from different countries.

The officers from friendly countries including Bahrain, Jordan, Qatar, Maldives, Sri Lanka and Saudi Arabia were among those passed out in the ceremony.

Earlier, on his arrival at the Pakistan Naval Academy Minora, the prime minister was received by the Naval Chief.

Abbasi also inspected the guard of honour and said the operations like Zarb-e-Azb and Raddul Fasaad were not merely the military operations, rather those were the manifestation of the nation’s resolve against terrorism.

"Pakistan was committed to foil the designs aimed at disrupting peace in the region," he declared.