Kashmiri Women Resistance Day observed on both sides of LoC 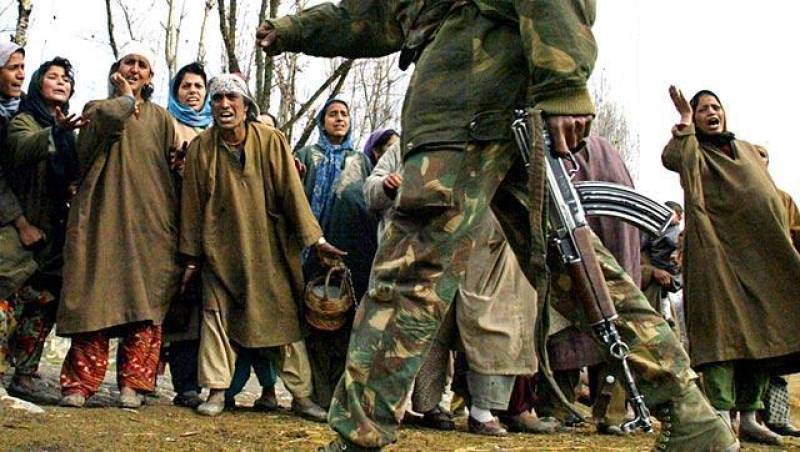 ISLAMABAD – Kashmiri Women’s Resistance Day was being observed on Sunday on both sides of the Line of Control.

Every year since 2014, this day was commemorated as Kashmiri Women’s Resistance Day, inspired by the struggles of the survivors of mass rape and torture in the twin villages of Kunan and Poshpora in Occupied Kashmir, Radio Pakistan reported.

The three decades-long struggle of the survivors from Kunan and Poshpora is a part of the larger on-going struggle in Occupied Jammu and Kashmir, against the institutionalized and structural violence of the Indian state in the region.

In connection to this day, in her message a 17-year-old Kashmiri girl said they would stand with our men during freedom movement and would not stop until freedom is achieved.

Special Assistant to the Prime Minister on Information and Broadcasting Dr. Firdous Ashiq Awan has said Kashmir Women’s Resistance Day is the blackest day of Indian atrocities in occupied Kashmir.

In a series of tweets, she said the Indian occupation forces established a dreadful example of collective disgrace of armless, innocent and helpless women, on this day.

Firdous said Indian atrocities have been defeated by the Kashmiris’ patience and steadfastness. "No brutality could deter Kashmiris from their goal of getting their right of self-determination," she added.

Now entire India was burning in the fire of Modi’s fascism and hatred, besides rights of minorities were being muzzled in India, she further said.

In India, a massive protest at Shaheen Bagh has crossed 60 days as thousands of women were protesting against Modi’s anti-minority black law.