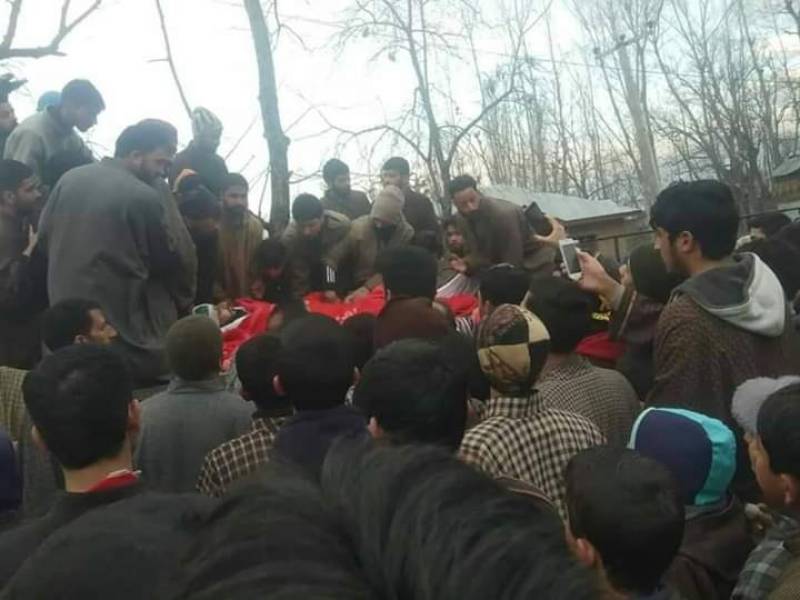 The youth were martyred by troops and paramilitary forces during a cordon and search operation at Diver in Tral area of the district, the Kashmir Media Service reported. They are identified as Jahangir Rafiq Wani, Raja Umar Maqbool Bhat and Uzair Amin Bhat.

Meanwhile, Indian police arrested a Hurriyat activist, Sirajuddin Ganai, in Srinagar. He was taken into custody outside Gilani’s house and shifted to a police station for questioning.

ISLAMABAD – The British lawmakers, whom India denied a visit to Kashmir, stated on Wednesday that situation in ...

The killings in Kashmir, which has been under Indian military siege even before the swift annexation of the disputed valley, comes amid reports of an Indian plan to change Muslim majority character of the territory in the name of delimitation of Assembly constituencies.

Analysts say fresh move is aimed at torpedoing the Muslim dominant character of the Kashmir Valley in the assembly through gerrymandering.