Countering paedophilia: from apathy to action 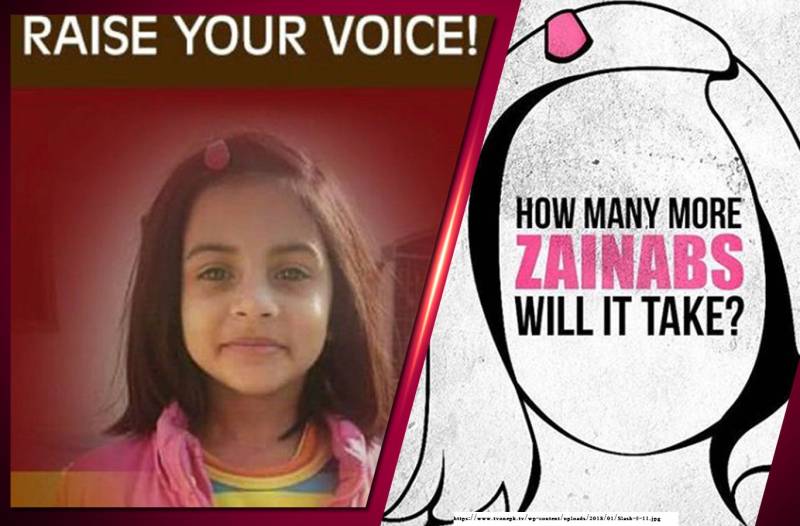 Zainab, Asma, and countless other children falling prey to harrowing child sexual abuse only points to the tip of the iceberg. The epidemic of pedophilia is widespread and an open secret in Pakistan. Media’s efforts to highlight the issue has provided a voice to some extent, but the number of children who are being molested is rising rapidly yet silently. The inhuman act of child-rape isn’t only limited to girls, an equal or major proportion of sexually abused children consists of boys.

“Having been subjected to gang-molestation by four men at the age of 10 three years ago, he is now a male prostitute and abuser of younger boys himself. As he says: “Sometimes I wish I’d never been born.” (Real Stories)

Children of families which are either poverty-stricken or living in rural areas are often thought to be more vulnerable. But the evil is prevalent all over, at every level, notwithstanding racial, religious or ethnic differences. Child sex abusers are, predominantly, grown-up males but women and teenagers could also be offenders. The evil monsters often hunt and repeatedly abuse the children they know. They could be trusted nuclear or extended family members, neighbours, trainers, teachers and school staff or family friends. Ian McFadyen was sexually abused by the most honoured and trusted headmaster in Buckingham, whereas Sara Forsyth started facing sexual molestation and rape at the age of three when her pedophile father abused her for many years. Children are vulnerable but parents, unfortunately, are unaware of such tormenting inhuman sufferings of their children.

If we all agree that ignorance can never solve the problem, then who is responsible for this criminal neglect? Talking about sex is a taboo and facing the consequences of confronting the child sexual abuse and sex-related issues in Pakistan demands extraordinary courage. For instance, Shehzad Roy’s talk on TV ignited a heated debate on social media. The following link, leading to responses on Twitter, vividly reflects how illogical, insensitive and insane, a certain segment of our society has become.

After Watching this video let me know if you have the courage and not embarrassed to share the thoughts you had during the 10 seconds pause I took. #Talknow pic.twitter.com/Bkl0SI9Qjr

Discussion about a child sexual abuse won’t worsen the conditions, but conscious avoidance definitely will. We need to understand that pedophilia is about abuse and crime, not about sex.

Failure of police is evident when we look into child-molestation and rape cases over the last two decades. Due to the inability of police, the social status of predators, unavailability of advanced technology and ignorance of parents or social stigma, the perpetrators are seldom held and tried before a court of law. Kasur incidents are an ample proof. In the wake of the failure of law enforcement agencies especially police in apprehending the culprits, we are left with very few feasible options.

The power of communication: Failing to protect children from sexual abuse is a crime even if the inability to catch the perpetrators isn’t. Communication and sharing on regular basis help a great deal. Parents, teachers, and counselors can play a pivotal role in preventing their children from sexual abuse. Trusting people is commendable, but it is imperative to trust your own child. Rethink the attitude and break all the communication barriers to find out the hidden truth hurting your child. It’s quite sensitive, therefore first build confidence and let your child know that they can trust you to protect and help them.

The predator’s weapon: These evil monsters, according to Sara Forsyth, communicate far better than the rest in the beginning. They make the targeted child feel special by praising, helping and presenting gifts at regular intervals. “This is our secret,” they say after their brutality. Children must be taught that anyone asking them to keep a secret is a red flag.

Fear of the unknown: Often parents prohibit children from talking to strangers in our society, but molesters usually turn out to be close acquaintances. They have access to and confidence of the targeted minor to spend time with them. A teacher extending unusual love and care, especially establishing physical contact with students, repeatedly, at school is alarming.

The human cost of child abuse is unfathomable. Either the sexual abuse in childhood results in hatred or it gives birth to a cycle of abuse: a dominant case observed amongst molested boys in Pakistan. We are in a state of denial. Street children are falling prey to child abusers every day.

Innocent victims of sexual monsters are left with no choice in our country as they are both shamelessly sexually abused and brutally murdered like Zainab or videotaped, for both pornography and blackmailing.

One of the Kasur child abuse victims states, “I was taken to a mansion when I was only 11 years old. I was molested in front of many cameras there.” He adds, “Afterwards, the criminals blackmailed me by saying that my video would be shown to my parents and friends.”

The government here has not paid much attention to pedophilia, compared to many other countries where special forces, hotlines, awareness programs and strict rules are in place to fight the evil. Prevalent dangerous conditions demand to declare a state of emergency. Condoning has already worsened the situation. Indubitably, sex-related issues are considered immoral and unethical, hence people like Shehzad Roy, who want to save the children from sexual abuse, are denounced and cursed by certain social conservative types. Ideally, schools, media, civil society, and parents need to act against child sexual abuse emphatically and fearlessly.

To make our children safe and healthy, we must defeat these paedophiliac monsters tactfully. Children ought to be taught and trained to understand and react without any delay. Otherwise, manipulation, fear, shame, and pain would deprive them of innocence and a normal life. The reluctance of parents and dogmatic approach of educational institutions have so far, in large part, let this evil spread.

Let’s never deny the presence of the evil, never avoid our child, never minimize the communication skills of children and never rationalize the evil acts of child sexual abuse by any means. We must reform our approach, thinking and curricula to equip the children with skills to save themselves.