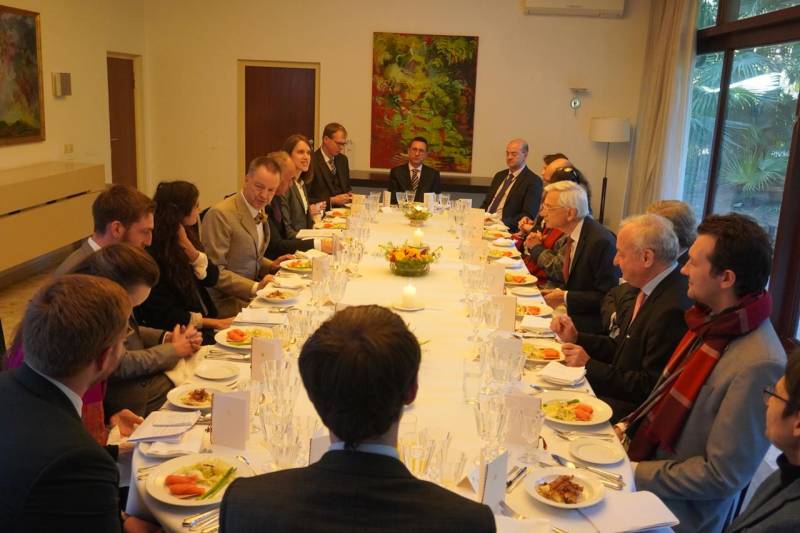 On the occasion, French Ambassador Dr. Marc Baréty and German Ambassador Bernhard Schlagheck gave a joint lecture on “German-French friendship as the ground for effective multilateralism” at NUST University.

The lecture was attended by students and faculty members of the university’s department for public policy and governance.

The officials of both embassies celebrated the day with a joint lunch. On the same occasion both ambassadors gave a joint interview to a private television channel.

During the lecture at NUST both Ambassadors emphasized:

“After centuries of hostilities and wars between our countries, strong political will and people-to-people contacts paved the way to overcome “hereditary enmity” and establish Franco-German friendship. This successful reconciliation process might be a source of inspiration for other regions as well.”

January 22nd marks an important date in the history of both countries as on this date in 1963, French President General de Gaulle and German Chancellor Konrad Adenauer signed in Paris the Elysée Treaty on cooperation between the two countries that marked the beginning of an era of friendship and cooperation between Germany and France after more than a century of hostilities and wars.