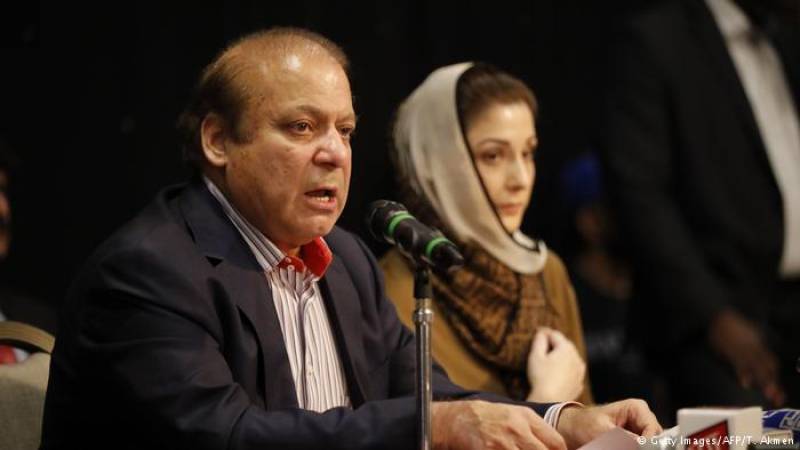 In an audio message ahead of the elections, the PML-N supremo urged his supporters to once again vote his party to power, saying he and daughter Maryam “went to jail just for the sake of providing respect to the vote”.

Nawaz Sharif, while lauding party supporters for their contributions, asked them to defy attempts by forces who wanted to dismantle democratic values and principles.

"On July 25, after offering morning prayers, come out of your homes with full zeal and... give your vote to the PML-N.

“Come out of your homes and vote for Sher. Give your verdict in favour of democracy and development and change the fate of this country,” he said.

The audio message of the former premier was shared on his daughter Maryam Nawaz's Twitter handle.

"I, Mohammad Nawaz Sharif, is speaking from the prison and the historic day of July 25 is just around the corner," he said.

"I am witnessing your passion while being incarcerated in the jail, and listening to 'respect the vote' chants everywhere."

Nawaz through his recorded message urged masses to give a final push to the already "tumbling wall of flaws."

"I want to tell you that the time has come to give a final push to the already tumbling wall of flaws that have been destined on us for years," he said.

"Change all of this now," the former premier said, addressing people of his independent homeland, who he said had been "enslaved.

"This is a golden chance, which you are being given by Almighty Allah and through this, you have to change the fate of Pakistan at any cost," he said.