Pakistan elected as president of UN’s Economic and Social Council 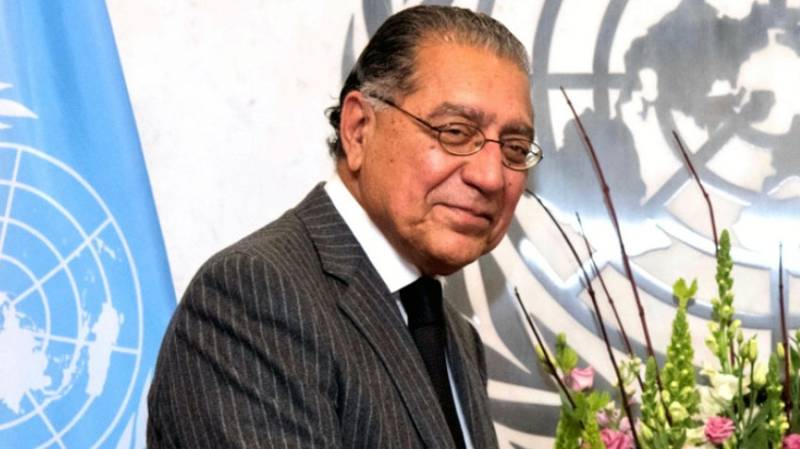 Pakistan’s Permanent Representative to the United Nations, Ambassador Munir Akram, was elected unanimously as the President of the UN Economic and Social Council for a year (2020-2021).

In his acceptance speech, Ambassador Akram outlined the objectives of the Pakistan Presidency.

He said today UN Member States face three simultaneous challenges: the COVID, health and economic crisis, the realization of the Sustainable Development Goals and the existential threat of climate change. The commitments made in each area must be implemented.

Quoting the UN Secretary-General, he said, “Inequality defines our times”. The legacy of colonialism, foreign occupation and racism is “a major systemic cause of inequality”, among and within nations.

He hoped that a COVID-19 vaccine will be developed soon. “Everyone, everywhere – rich or poor – must have equal access to the vaccine”.

Ambassador Akram proposed that in the coming year, ECOSOC should focus on three areas” financing of the COVID-19, SDG and climate change goals; sustainable infrastructure investment; and application of advanced science and technology for development. He would convene special meetings to advance action in these areas.

Noting that the IMF Managing Director has estimated that developing countries will need over $2.5 billion to recover from the current COVID induced recession, the Pakistani Council President recalled the early call by Prime Minister Imran Khan for a “Global Initiative on Debt Relief”. He also mentioned the proposals for new SDRs and other financing proposals under consideration. He said the pledge of the advanced countries to raise 100 billion annually for climate action must be fulfilled.

Additional investment of over $1.5 trillion annually in sustainable infrastructure was “most essential” for achievement of the SDGs, he added. He proposed the creation of an Infrastructure Project Preparation and Investment Centre.

The incoming ECOSOC President called for preferential access for developing countries to advanced technologies and for making the intellectual property regime “compatible with the SDGs”. The “digital revolution has opened vast opportunities” for the developing countries, not so much to “catch up” with the advanced countries, but to “leap frog” into a “new and modern development paradigm”.

Ambassador said he would work closely with the incoming President of the General Assembly’s 75th Session, Ambassador Volkan Bozkir of Turkey, who is visiting Pakistan at present.