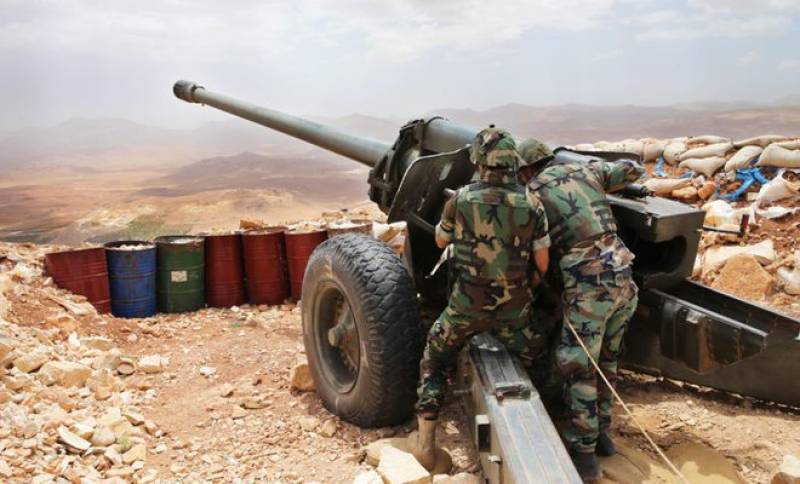 ARSAL (News Desk) - While the mainstream media's coverage of the fight against Islamic State is mainly limited to theUS-led coalition's air strikes and the Kurdish army's on-ground battles, the Lebanese military is making silent strides against Daesh extremists along with Syrian border.

According to Associated Press, on August 2, 2014, over  2,000 fighter of ISIS and the Nusra Front of al-Qaeda had taken over the city of Arsal near the Lebanese-Syrian border. Since then, Lebanese army and groups associated with Hezbollah have been engaged in a slow but steady offensive against the terror group, in which they are now emerging victorious.

Registering some key victories on the front, Lebanese forces have regained considerable territory from Daesh and the Nusra Front.

Hundreds of militants have been killed and even more have been forced to flee in the offensive. Even still, about 50 square kilometers is still held by ISIS. But, earlier, they held an area 20 times this size.

Media reports suggest that over 5,000 Lebanese troops have now been deployed in and around the city of Arsal to keep an eye on the movements of ISIS fighters. They are also being assisted by US drones who provide them with feed information.

Troops fighting Islamic State militants are largely financed by US and Britain. This aid has been playing a significant role in the regional conflict, especially after a Saudi decision to block all sort of military aid to Lebanon.