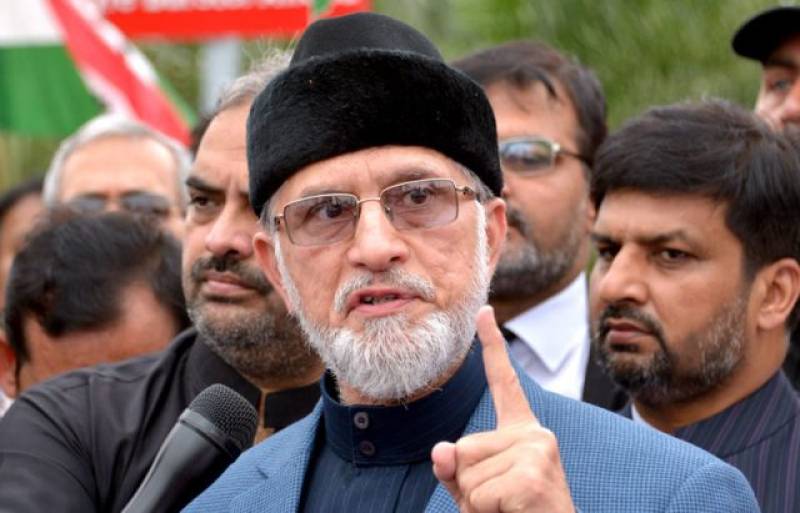 LAHORE - Pakistan Awami Tehreek (PAT) chief Tahir-ul-Qadri has announced that his party will not contest the forthcoming General Election 2018.

Addressing a press conference in Lahore on Saturday, Qadri stressed the need for making the electoral process transparent and raising awareness about Article 62 and 63 of the Constitution.

"Everything that is being done in the name of democracy is wrong and we don't want to be a part of this," he said in clear worded remarks, surprising the political analysts and rivals alike.

The PAt supremo shared that his was fighting the war against corruption in the political system decrying that some political parties and leaders had adopted double standards.

Responding to a question about boycotting the election, Qadri said he had not used the word 'boycott.'

"I have been careful with my choice of words, hence I said earlier that my party will not contest in the upcoming election."

The polls are due to be held on July 25 and PAT is the first party to pull out of the race.

Dr Qadri had landed in Pakistan in the first week of June for overseeing his party’s preparation for the forthcoming general elections and to manoeuvre the political landscape in his favour by forging alliances.

When asked about the previous tours of the PAT chief, PAt spokesman Noorullah Siddiqui tried to water down the controversy and said that the PAT had two major demands: making the Justice Baqar Najfi report public and justice for Model Town massacre.

“If alliance with other parties matures and contest becomes a single symbol affair, Tahirul Qadri would become part of the election campaign and stay till elections,” he had said in a conversation with a private channel last month.